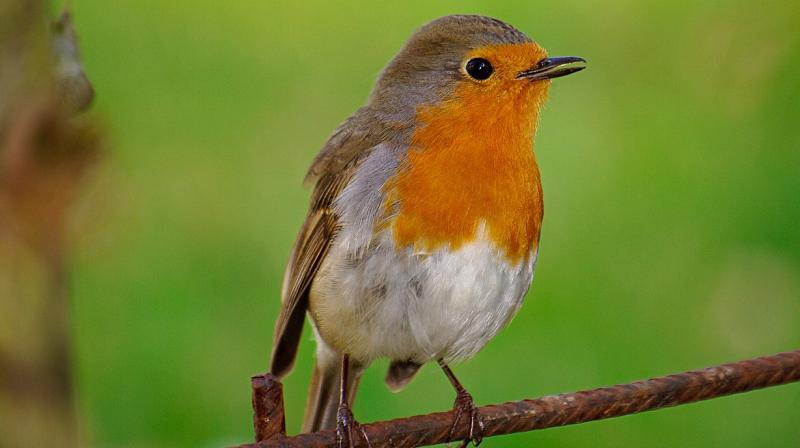 London: Light and noise pollution in urban areas may be affecting the behaviours of songbirds, according to a new study in the UK which shows how robins are affected by night-time lighting and road noise in a city park.

Researchers from Southampton University in the UK measured how much the quality of robin territory was affected by its proximity to a lit path and a road. "Robins are found in almost every city park, so they're ideal for this type of urban ecology study," said lead
researcher Frances Mullany. "Male robins also begin their activity relatively early in the day compared to other species, so they are likely to be sensitive to light pollution," Mullany said.

Since the male birds are aggressive and very vocal in defending good quality territory and in advertising themselves to potential mates, the researchers were able to construct a
bird "dominance hierarchy" to assess how the birds were affected by night-time street lights and road noise. Scientists used a taxidermy robin and a recording of a robin's song - setting up their fake bird in different robin territories throughout the park, the 'BBC News' reported.

They then recorded how aggressively each of the birds in the park that responded sang and displayed in response. The robins that lived closer to lit paths and noisy roads were much lower down this dominance hierarchy - the birds in these territories displayed less aggressively. "Artificial night-time lighting and more daytime noise resulted in lower quality robin territory," said Mullany. "So these anthropogenic factors can be just as important
as environmental factors for wildlife habitat in an urban landscape," she said.