On the occasion of his 75th birthday, Raghu Rai’s daughter speaks about shooting the photographer. 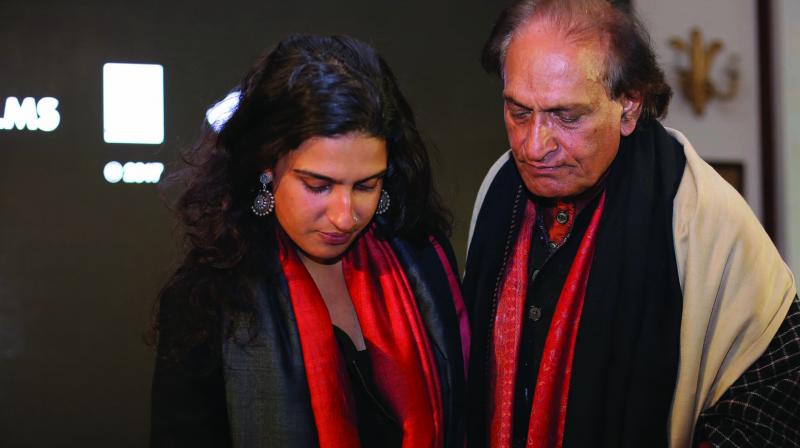 On the occasion of his 75th birthday, Raghu Rai’s daughter speaks about shooting the photographer, the lessons she learnt from him and his awe-inspiring journey.

There are moments that make us miss a heartbeat. “If you are able to capture these moments, you capture the aura of your subject,” believes renowned photographer Raghu Rai. He has inspired a generation of photographers. As he turned 75 recently, his daughter — Avani Rai held a screening of her film “Raghu Rai — An unframed portrait” in his honour. 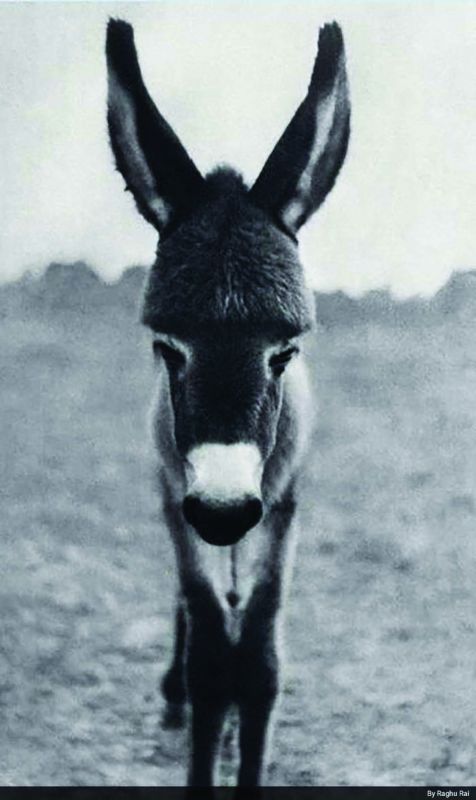 Having seen him work since her childhood, her documentary takes a lot from the years gone by. “We would see prints in the dark room, which used to be our bathroom, and would keep wondering about it. We would keep jumping around these prints but he never lost his patience. Some of these images were so striking for us as children. We had never seen a child who was buried or was crying with that intensity,” she recalls. Raghu Rai is also a protective father, as Avani adds, “He would not take us to shoots with him. We would fight like crazy, I used to get so angry.” 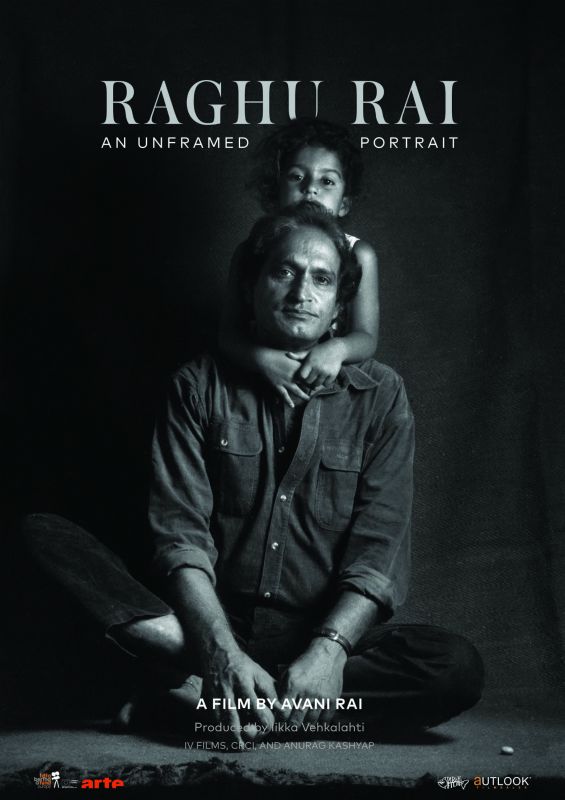 Poster of the documentary film by Avani

Everything was a second hand experience for Avani, as she says in the film, “I experienced life through his images,” but she experienced Kashmir with him and shot alongside him for the documentary. “Dealing with everything through images was life for me, as it would be for most youngsters. I saw Indian history through his work,” she adds.

While he shot images that shook the world, he also captured his daughters regularly. Avani shares in the film that he expresses his emotions through the camera, and so he did with his children too. 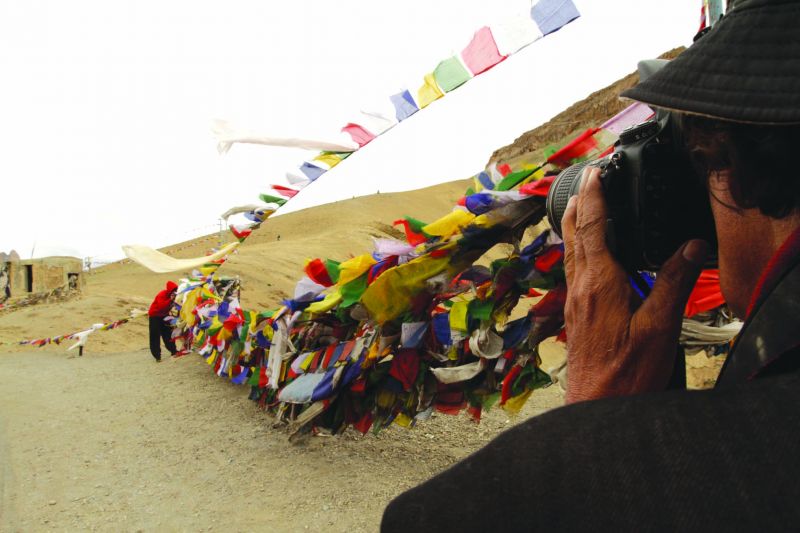 A shot from the film

It was not until Avani went to college that she realised that her father is a well known figure. “It was only when I went to college in 2010 in Mumbai, that I realised the magnitude of his work. He says, ‘Written history can be re-written and reinterpreted, like it is by our current government. But photographs cannot be changed. They are timeless’.”

While Avani never planned to make a documentary on her father, it materialised on it’s own from the footage she had gathered of him over the years. “I just wanted to be close to him and capture memories. The only way to do that was to make a film on him and it is now called a documentary.” 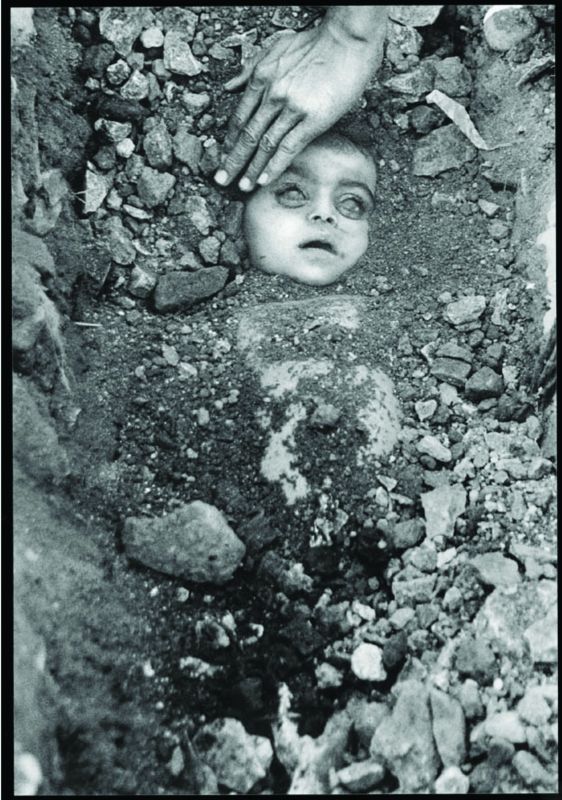 The iconic picture of a buried child from Bhopal gas tragedy.

It was much later in 2014 that she thought of putting the footage together. “The film kept changing over the years. He is the easiest and the most calm person as a father but as a photographer and a teacher he is very precise. He is an institution now, so he is very much about every inch of the frame, every corner.”

Shooting a subject who himself is engrossed in the world of photography wasn’t an easy task. “I’d be shooting him and he would be correcting my way of shooting, my frame, my lens. I used to argue that it is my way of shooting, not your way. After all, the film is a daughter’s point of view,” she shares. She also captures this tussle in the documentary, as he says, “I am not your father, I am your character.” 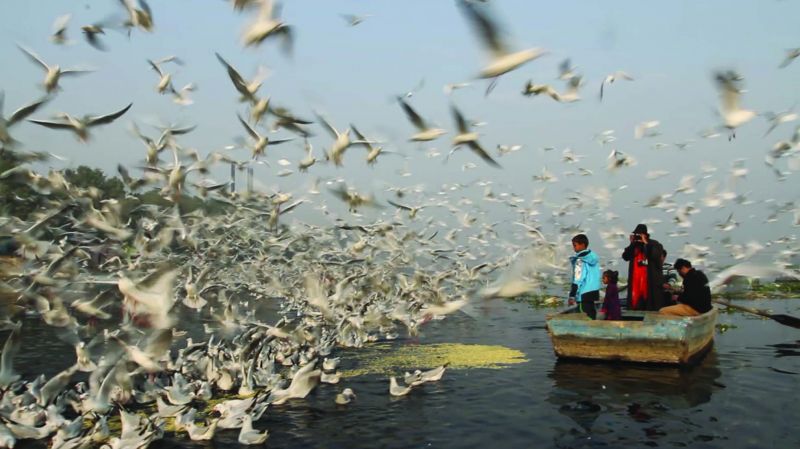 Another shot from Avani’s documentary.

It was for this reason that she decided not to show him the film while it was being shot. It was only at the world premiere in November, 2017 that he saw it. “The first time he saw it, he said, ‘I must say, she’s done a wholesome job’,” she says.

But to conclude the film too wasn’t easy. “The film developed every day. We had been shooting for a long time and I was told that I have to end the film. Finally, I did come to the conclusion while shooting in Kashmir,” says Avani. The film ends with a photograph by her, of her father and a bird in the background. The photo is in total contrast to the instructions given to her by her father. She says, “I have not inherited his eye,” as she explores her own.