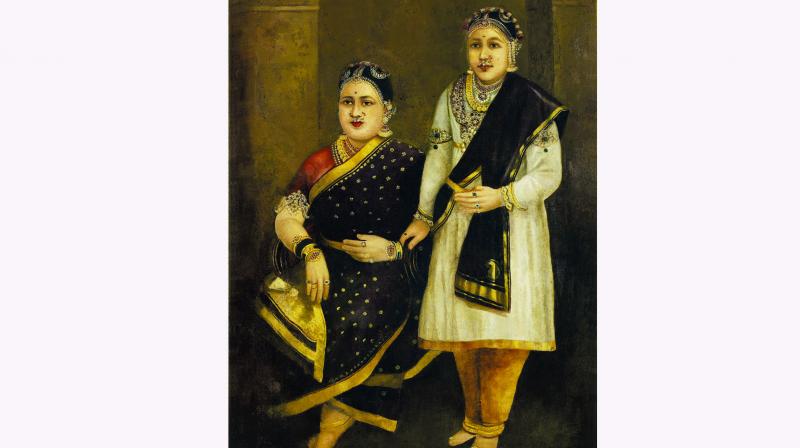 One of the greatest painters in the history of Indian art, Raja Ravi Varma, was known for painting mythological characters at the beginning of his art career. He had also depicted scenes from the Mahabharata and Ramayana. The painter later started painting portraits for royal families, which are now worth crores.

Varma captured the royal family while bringing western techniques into a purely Indian context. “Raja Ravi Verma gained a nationwide reputation for being a court painter. He worked for the aristocratic and royal family, so he gained quite a reputation. He learnt western techniques as well, and was one of the first artists who started doing oil portraits, which was a very western thing,” says Siddhant Nayangara from AstaGuru Auction House.

Another reason for the artist’s popularity among the royal families is his ability to create a photorealistic portrait, bringing a special glow to the jewellery in particular. “The way he presented jewellery creates such a rich and vibrant aura the personalities being royal families. Through his art, they were able to properly represent their wealth and stature in society,” he adds.

The particular painting in question — titled H.H. Janaki Subbamma Bai Sahib Rani of Pudukkottai & her daughter — was commissioned by the Pudukkottai royal family of Tamil Nadu. The artist had a close relationship with the family and has painted a series of portraits for them. Elaborating on the artist’s camaraderie with the royal family, Siddhant says, “The first time he had painted portraits of the king and the queen, and then during the second visit, he painted this one and also a court scene, which is a famous painting. That’s his relationship with the Pudukkottai family, and it was a long-standing association.” The painting was also published in a book by Rupika Chawla titled Raja Ravi Varma: Painter of Colonial India.The starting bid for the painting is Rs 7.2 crore, and is expected to go as high as Rs 12 crore. 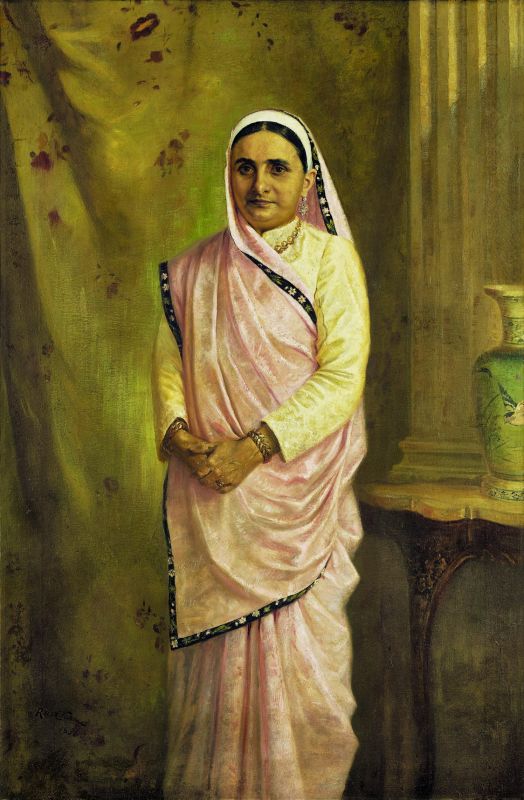 Another piece up for auction is a life-size portrait of Bai Sunabai Temuljee Nariman, a philanthropist and a social worker. The painting was a gift for her services towards Parsi Lying-in Hospital. Compared to the royal paintings, this portrait is much more mellow. Explaining the two different styles of Varma’s painting, Siddhant shares, “We can see a stark difference here, how he has created such a beautiful image without the jewellery. The poise, stature and personality of the person also comes across, whereas, in the previous painting you could see royal rich people standing; their stances are very affirmative.” He adds that these small changes and the ability to capture an individual’s persona is what made Varma a great artist.

Varma moved from the royal courts to a more diverse clientele, particularly seeking Parsi patrons like Bai Sunabai. “In the 1890s, Raja Ravi Varma wanted to set up his own printing press. He wanted to take up more assignments to gather capital for the venture. At that point in time, he diversified his clients, and Parsis were always a very affluent and influential part of society. That’s why you see there’s a good chunk of Parsi clientele whom he had created works for.” Showcased last year at an exhibition titled Parsi Delight, this artwork is expected to sell for upwards of four crores rupees.

Meanwhile, the auction also has works from M. F. Husain, F. N. Souza and Raza going under the hammer. Despite such big names, Verma’s works are slated to go for higher sums owing to its rarity —they were created in the 1800s. Both paintings being catalogued in art books also ups their value.

The online auction is scheduled for December 19 and 20.