Recent research has shown that D. rotundus can recognise individual humans by their breathing sounds. 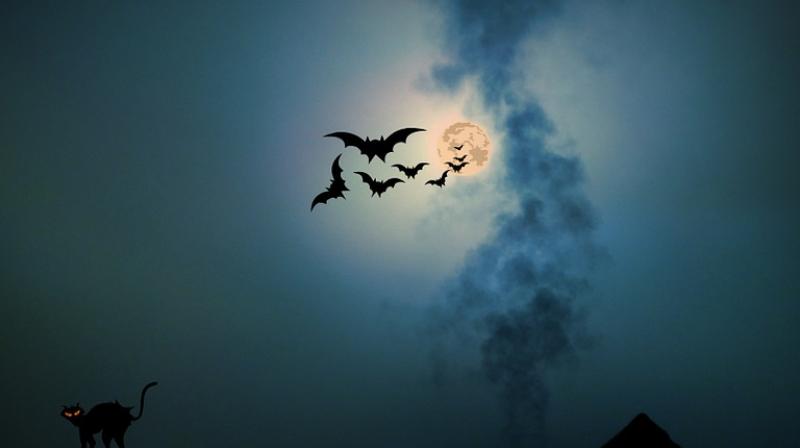 PARIS: At first glance, the cost-benefit ratio of a blood-only diet suggests that vampire bats -- the only mammals to feed exclusively on the viscous, ruby-red elixir -- flew down an evolutionary blind alley.

Blood is not only teaming with bacterial and viral disease, it is also very poor in nutrients -- too few carbs and vitamins, way too much salt.  It's a miracle Dracula lived as long as he did.

But natural selection, according to a study published Monday, overcame these challenges and fashioned a genetic profile and intestinal ecosystem perfectly suited to a life of silent blood sucking.

"Vampire bats have an 'extreme' diet, in the sense that it requires many adaptations in the organism," said lead author Lisandra Zepeda Mendoza, a biogeneticist at the University of Copenhagen and an expert on the microbiome, the community of microorganisms camped out in the digestive tract. To find out how the common vampire bat -- a.k.a. Desmodus rotundus -- engineered those changes, Mendoza and a 30-strong team of scientists sequenced its genome and microbiome.

Both, they discovered, stand apart from the 1,200 other species of bats that favour fruits, flesh, and/or insects. For starters, the genome -- while typical in size -- contains twice as many so-called transposable elements, DNA fragments that can shift position. These vagabond bits of genetic code were concentrated in regions that govern the immune system and metabolism, functions that differed sharply compared to other species.

D. rotundus, for example, can assimilate or process the high levels iron and nitrogen waste found in blood.  Its gut, meanwhile, hosts an impressive arsenal of protective bacteria -- hundreds of which cause disease in other mammals -- that produce anti-viral substances.  Enter the microbiome, recently discovered to vary enormously not only from species to species, but from individual to individual within the same species (notably humans).

"We wanted to look at how the genome and the gut microbiome work together to overcome the challenge" of a blood-only diet, said co-author Tom Gilbert, among a growing number of biogeneticists championing the more inclusive concept of "hologenome." Gilbert speculated that vampire bats might have eased into pure-blood diet, starting with blood-gorged insects such as tics and mosquitos.

"The beauty of it was that if they cracked the blood-diet code -- and they did -- then food became very plentiful, with not very much competition," he said by email. "It was a big evolutionary win." The three species of blood-drinking bats, all native to Latin America, have razor-sharp teeth that shave away hair before piercing their victims' skin and opening the spigot. Chemicals in the saliva prevent blood from coagulating.  The common vampire bat feed mostly on mammals, including humans, often returning night-after-night to the same animal for a meal.

Recent research has shown that D. rotundus can recognise individual humans by their breathing sounds, much in the way we can differentiate voices.          Vampire bats are also surprising generous, willing to share a (regurgitated) meal with a fellow bat that missed out, even if they are not related.