Kerala witnessed overall growth of 10.94 per cent in number of tourist arrivals to the state in 2017. 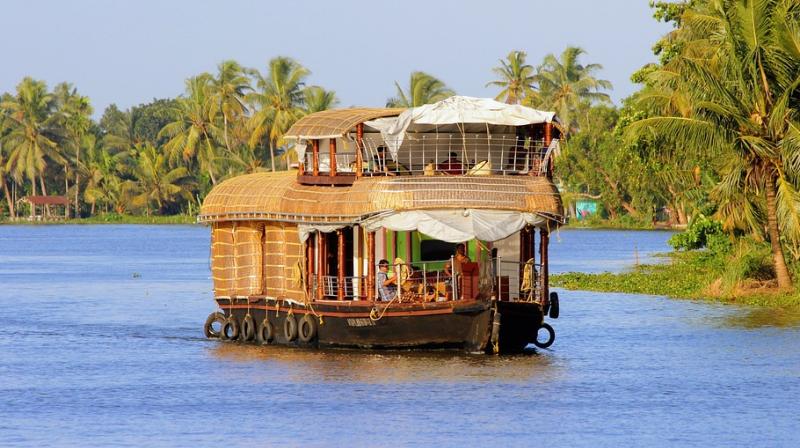 New Delhi: Kerala is targeting up to 15 per cent growth in number of tourist arrivals in 2018 as it undertakes a slew of initiatives to hard sell the state as a preferred tourist destination, a senior government official said.

The state has framed an action plan under the Tourism Policy, which was published last year to project Kerala as a 365 days destination, he added. "Earlier we were predominantly a winter destination, now we want to make it a year long destination. Secondly now most tourists come to South Kerala circuit... we want to start a new tourism circuit in North Kerala," Balakiran said.

Another strategy that the Kerala Tourism is planning to undertake is to promote the state as an adventure and activity destination as now it is mainly seen as a leisure destination, he added. "We are also betting big time on MICE tourism," Balakiran said.

On being asked about the main source states for domestic visitors to Kerala, he added traditionally they have been Tamil Nadu, Karnataka, AP, Telangana, Maharashtra, Gujarat, Delhi and West Bengal. "But Kerala has been getting very high growth from three new source markets -- Rajasthan, Uttar Pradesh and Madhya Pradesh," Balakiran said.

On the international source markets, he said traditionally they have been countries in Western Europe such as the UK, France, Germany, Italy, Spain and Ireland. "Of late, we have seen tremendous growth from three different areas -- the US and Canada, the Middle East and South East Asia," Balakiran said.

About the initiatives the government is taking, Balakiran said: "We do aggressive marketing internationally and in India through road shows, participation in trade fairs. We also do familiarisation trips, and marketing through TV, radio and digital mediums."

The state has developed several action and water-based activities for the adventure enthusiasts including trekking, paragliding, river rafting, kayaking and river cruising, he added. Tourism sector constitutes around 10 per cent of Keralas GDP and contributes around 11.19 per cent to the direct employment in the state.