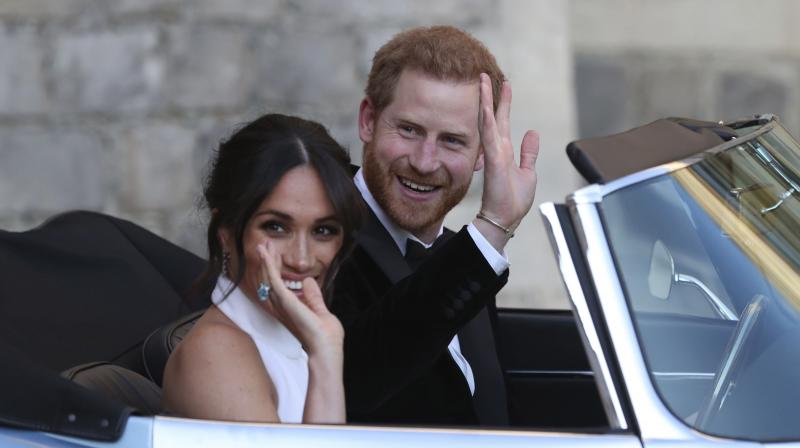 The newly married Duke and Duchess of Sussex, Meghan Markle and Prince Harry, leave Windsor Castle in a convertible car after their wedding in Windsor, England, to attend an evening reception at Frogmore House, hosted by the Prince of Wales, Saturday, May 19, 2018. (Photo: AP)

New Delhi: For the first time in royal history, the ceremony will see the couple exchange the rings as it is uncommon for men in the royal family to sport a wedding band.

Meghan Markle's wedding ring has been fashioned from a piece of Welsh Gold, gifted by Her Majesty The Queen.

The couple chose Cleave and Company to make their wedding rings.

The official Twitter handle of Kensington Palace revealed details of the ring as they wrote, "Ms. Markle's ring has been fashioned from a piece of Welsh Gold, gifted by Her Majesty The Queen. Prince Harry's ring will be a Platinum Band with a textured finish. #RoyalWedding."