His brainchild, Chennai Royal Riders Club, was just a gang of bikers, going on long rides every month. 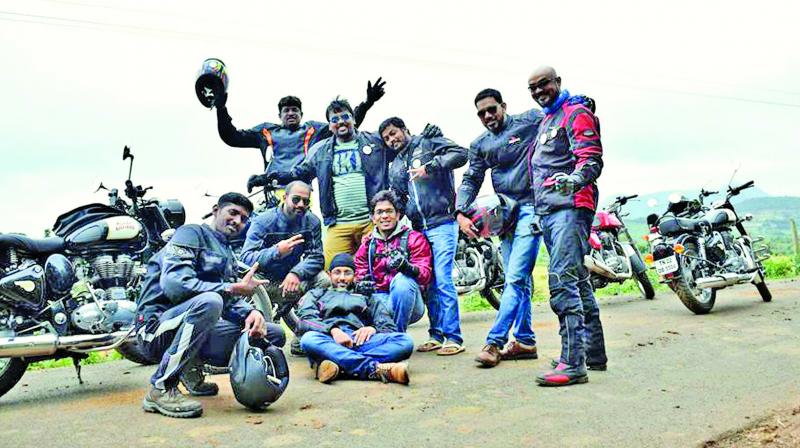 His brainchild, Chennai Royal Riders Club, was just a gang of bikers, going on long rides every month. Established recently as a trademark club, CRR claims to have 4,500 riders in total with about 60 in Chennai alone. “When I started out, I didn’t have much encouragement or support! I wanted a community where bikers know that they have each other’s support in every plan. That’s when I started CRR,” shares Manikandan.

Stating that long rides are not just an experience, Manikandan says, “There are so many things to consider with group rides — place of stay, food, mapping and finding the routes to travel. CRR plans a month in advance before every long ride.”

Also adding that the language barriers play a major part during long rides, he says, “Language was indeed tough but now I know one person in every 50 km in each city of India. If I’m in trouble, people are just a phone call away! A long-distance rider needs to build contacts.”

Revealing that riding together as a group is more fun than solo, Indrajith Raguraj shares, “Riding solo can be a stress buster, but the synchronised sound of ten bikes starting together and riding along in the highways is just magical! It is a show of brotherhood. Be it just a morning breakfast ride to ECR or a five-day trip to the Eastern Ghats — we learn a lot about each other and team work.”

“Although biking is an expensive sport and not a financially viable career to begin with, it only gets better as you devote yourself to it,” says Manikandan. He also states that every rider needs be passionate towards riding. Donating a part of their ride expenses to charity, from every trip they make, CRR members also ride for causes like cancer awareness, education to all and more.

Affirming that riding in groups is not illegal, Indrajit adds by saying, “We are often mistaken to be racers. We are not! We follow the traffic rules, travel in correct lanes and stick to the speed limits. We wear protective gears because highways are risky. Jackets with shoulder and spine gears, gloves with knuckle protectors, knee guards and good shoes are part of our costume.”

“Even though we are from diverse backgrounds with an age band of 19-55, we want everyone to enjoy and achieve. We are the brothers of CRR!” concludes Manikandan.