Major cities to drastically heat up by 2050

Global heating to increase temperatures by over 3 degrees Celsius in coming three decades. 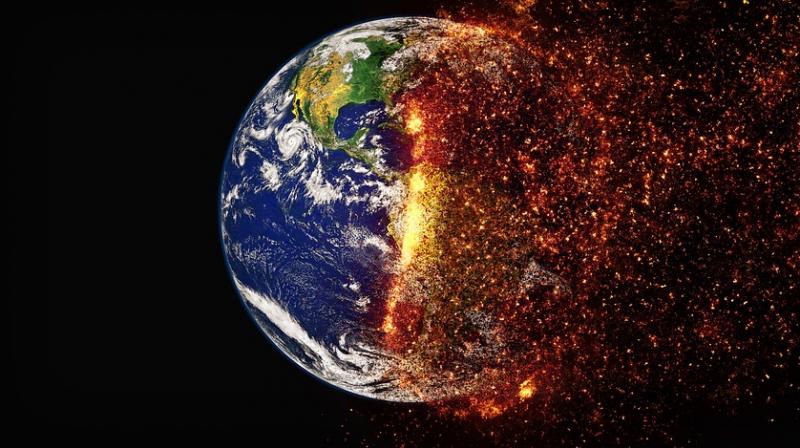 Cities that are all currently lying in the cold zones in the northern hemisphere will get considerably hotter. (Photo: Representational/Pixabay)

Global warming is set to drastically change the climate of several cities. In three decades, around 2050, London is set to have a climate similar to Barcelona; Madrid will feel like Marrakech and Stockholm will be like Budapest.

This means that cities that are all currently lying in the cold zones in the northern hemisphere will get considerably hotter. Their climate will be similar to those cities that lie closer to the equator. This drastic change could spell doom on the health on the citizens and the infrastructure of the cities.

The study also showed that Moscow will become like Sofia, Seattle will feel like San Francisco and New York weather would be comparable to Virginia Beach. Global heating will cause increase in temperatures by as much as 3.5 degrees Celsius in summers and 4.7 degrees Celsius in winters. This will eventually lead to severe drought conditions.

Just a few years ago, Barcelona was hit by severe drought which resulted in several habitats getting endangered and expenditure of millions of euros to import drinking water. If global warming goes unchecked, the London could soon face a similar predicament.

Cities like Jakarta, Singapore, Yangon and Kuala Lumpur are set to face conditions that have never been experienced before in any major city in the world. “These are environmental conditions that are not experienced anywhere on the planet at the moment,” Tom Crowther, founder of Crowther Lab told The Guardian. “That means there will be new political challenges, new infrastructure challenges, that we have not faced before.”

These cities will either face extreme flooding due to excess rainfall or face more frequent and extreme drought conditions. “We are absolutely not prepared for this. Planning for climate change needs to start yesterday. The sooner it starts, the less the impact will be,” Crowther said.

Scientists are concerned about the lack of preparedness for dealing with the global heating. Countries have to invest in making infrastructure more resistant to climate change.

“History has repeatedly shown that data and facts alone do not inspire humans to change their beliefs or act,” said Jean-François Bastin, the lead author of the paper. “The intangible nature of reporting on climate change fails to adequately convey the urgency. It is hard to envisage how 2 degrees Celsius of warming, or changes in average temperature by 2100, might impact on daily life.”