When the plastic loses some of its structural strength, it will break down. This leads to smaller plastic particles forming microplastics. 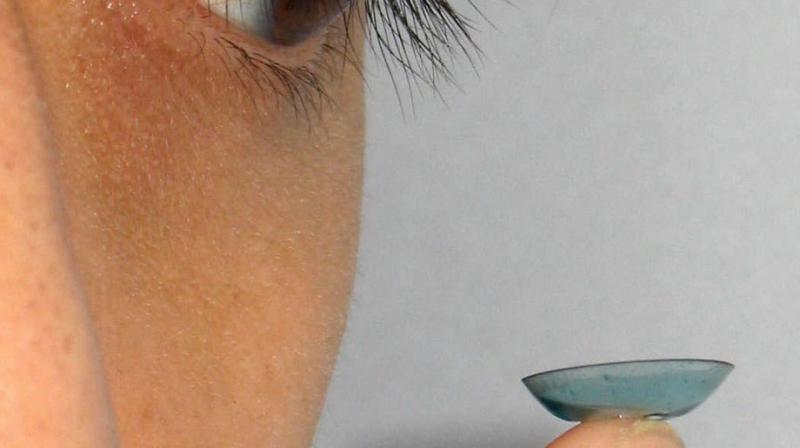 Aquatic organisms can mistake microplastics for food and since plastics are indigestible, this dramatically affects the marine animals' digestive system (Photo: AFP)

Washington: Discarded contact lenses are contributing to the rising microplastic pollution in the world's water bodies and could eventually find their way to the human food supply, scientists including one of Indian origin have found.

Lenses, usually discarded after about a month or sometimes just a day's use, often end up in wastewater treatment plants.

Researchers concluded that microbes in the wastewater treatment facility actually altered the surface of the contact lenses, weakening the bonds in the plastic polymers.

"When the plastic loses some of its structural strength, it will break down physically. This leads to smaller plastic particles which would ultimately lead to the formation of microplastics," said Varun Kelkar, one of the researchers from Arizona State University (ASU).

Aquatic organisms can mistake microplastics for food and since plastics are indigestible, this dramatically affects the marine animals' digestive system.

These animals are part of a long food chain. Some eventually find their way to the human food supply, which could lead to unwanted human exposures to plastic contaminants and pollutants that stick to the surfaces of the plastics.

"We began looking into the US market and conducted a survey of contact lens wearers. We found that 15 to 20 per cent of contact wearers are flushing the lenses down the sink or toilet," said Charlie Rolsky, a PhD student at ASU.

"This is a pretty large number, considering roughly 45 million people in the US alone wear contact lenses," said Rolsky.

Contacts tend to be denser than water, which means they sink, and this could ultimately pose a threat to aquatic life, especially bottom feeders that may ingest the contacts, researchers said.

Analysing what happens to these lenses is a challenge for several reasons. First, contact lenses are transparent, which makes them difficult to observe in the complicated milieu of a wastewater treatment plant.

Further, the plastics used in contact lenses are different from other plastic waste, such as polypropylene, which can be found in everything from car batteries to textiles.

Contact lenses are instead frequently made with a combination of poly(methylmethacrylate), silicones and fluoropolymers to create a softer material that allows oxygen to pass through the lens to the eye.
So, it's unclear how wastewater treatment affects contacts.

To help address their fate during treatment, the researchers exposed five polymers found in many manufacturers' contact lenses to anaerobic and aerobic microorganisms present at wastewater treatment plants for varying times and performed Raman spectroscopy to analyse them.

"We found that there were noticeable changes in the bonds of the contact lenses after long-term treatment with the plant's microbes," said Kelkar.