He was accompanied by his wife Empress Michiko. 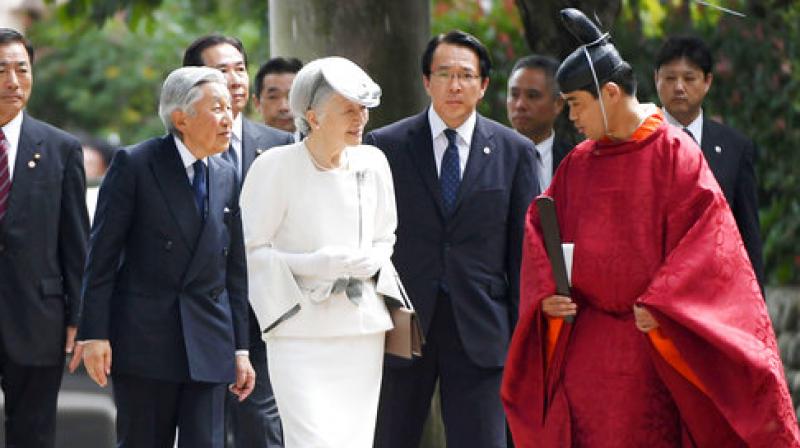 TOKYO: Japan's Emperor Akihito has visited a shrine dedicated to ancient Korean settlers in a small town north of Tokyo.

Palace officials say Akihito, accompanied by his wife, Empress Michiko, paid respects Wednesday at the Koma Shrine as part of his two-day private study trip to the region. Akihito has made short trips to learn local history, tradition and culture for more than a decade.

Koma Shrine says nearly 1,800 Koreans settled in the area in the 7th century. The 83-year-old Akihito also viewed red spider lilies at a nearby park.

Akihito has noted an ancient Japanese document citing a link between Japanese monarchy and the Korean dynasty, as he expressed friendship with South Korea.

Preparations for his abdication are underway after he expressed his wish to retire in 2017.