With #WeMeetOnTwitter, users got to see a different side of the social media platform which was all about love. 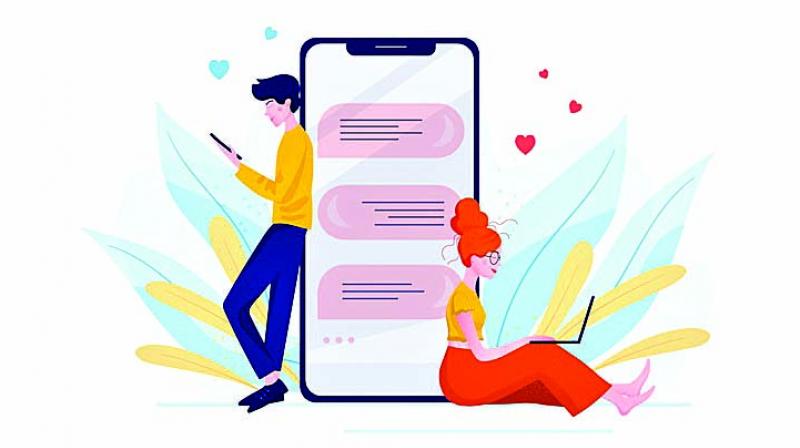 But #WeMeetOnTwitter is proving everyone wrong, with many couples sharing their stories.

For a platform which has a reputation of being a breeding ground for trolls, Twitter is not a place where you would expect to make a new friend, let alone meet your future spouse. But #WeMeetOnTwitter is proving everyone wrong, with many couples sharing their stories.

Among those who shared their story were Bangalore-based Sonali Chauhan Chakraborty, who got married just last month, and posted a picture with her husband Souparna Chakraborty as part of the Twitter trend. She recalls that their first conversation was not that rosy. “I was a social media influencer at that time and my husband was working with an agency, so somebody gave me his reference for a campaign and I contacted him. I Direct Message-ed (DM-ed) him on Twitter but it turned into a very heated argument,” says Sonali, adding that the duo didn’t talk for months after that.

Naturally, Sonali couldn’t even think that the guy she was arguing with on Twitter will one day become her husband. “After a month or so, I ‘liked’ a photo of him that he had put up, and then he DM-ed me apologising for our past conversation. And we started talking through Twitter,” says the blogger. The couple spent the first month of their relationship talking through DMs, and later decided to exchange numbers once they started trusting each other.

Another such story came from Mumbai-based Datta Shinde, who met his wife Sujata through the very active Marathi community on Twitter. Reminiscing a year-old incident, Datta says, “She was trolling my friend on a tweet and I backed her up. Then we started following each other and started talking. She liked travelling and bike riding, and we were able to bond through that since I’m also a rider.”

Getting married to a person you meet on Twitter is not common, and especially in Indian families, where marriage is a family affair. It took Sonali and Souparna two years to convince their parents. “My family at the time was against this. For the first six months, we didn’t even meet personally, we used to talk through video calls, but that wasn’t giving us the assurance. So then we decided to meet in real life (IRL) and see how we feel about each other,” says Sonali, who was surprised when Souparna transferred to Delhi and lived there for nine months to be with her.

Sujata’s family, on the other hand, was already in a groom-hunting mode, and so she wanted to break the news quickly. “It took two months to convince my parents. When my parents were looking for a groom for me, I had a lot of conditions — the guy should be from Pune and should be an engineer — which they also used against me when I told them about Datta,” says Sujata. She finally found some relatives who knew Dutta’s family and was thus able to convince her parents.

Dutta was confident that he would convince his father and played a smart trick. “I sat with my father for six hours, and only asked him why there is a problem if the girl is from different caste, and then told him that she is from the same caste. We also had some relatives who knew both our families, so that worked out,” he says.

Dutta and Sujata’s wedding was a grand celebration not only for both the families, but their entire Marathi community on Twitter. Sujata says, “All our Twitter friends came for the wedding. Some were from Mumbai, Nasik, and Gujarat and they all came by bus. And we had hashtag #DattawedsSujata trending at that time.”

But finding companionship on Twitter need not always be romantic. Sabhyata Garg and Akanksha, both BTS fans, run a fan page on Twitter. Being part of the same fandom, they were already following each other but had no idea that they were living in the same area. “One day I saw Akanksha post about being in Ghaziabad, and I excitedly
commented that I also live there. Then we started talking in decided to meet up,” says Sabhyata.

Fandoms are now a huge part of pop culture, and finding friends from the same fandom can get difficult. “BTS is quite new in India and very few people are part of the BTS Army, so I was very excited to have a friend to share this with. It was very random, I never expected to meet someone from Twitter,” she adds.