Dog saves family by alerting them to fire, dies in process. 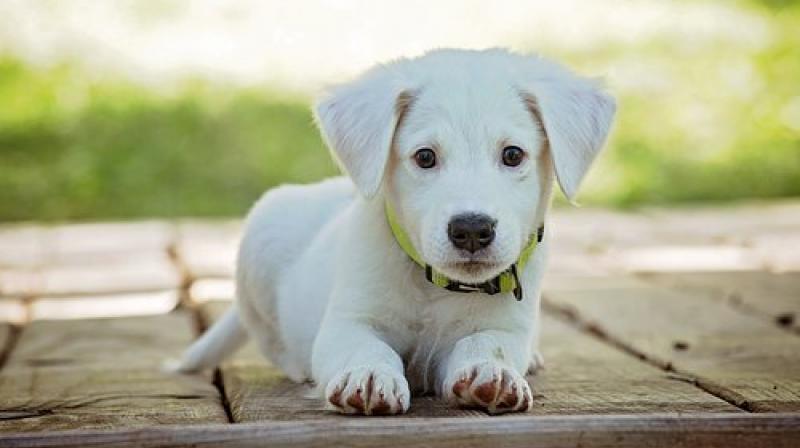 Washington: A dog is indeed man's best friend and a pooch from Florida exemplified the saying. The canine tried all things possible to save his family from fire and died while trying to alarm them, reported Fox News.

A Jack Russell Terrier, Zippy started barking as the fire alarm went off shortly when a fire broke out in the attic of Butler family house, located in Bradenton, around 2 am (IST) Tuesday. The fire alarm "only lasted a short 'beep beep'" before the house "was already on fire," homeowner Leroy Butler told WTVT, cited Fox News.

Hence, Zippy came in and started barking loudly to notify those closest to him. "He was back and forth. He was from bed to bed, back and forth," said Butler. "He was a part of the fire alarm, he was barking," he added.

Though the Butler family was able to get out of the burning home in time, Zippy could not survive. Butler informed that he tried going back for him, but the fire was too big. "The floor in the living room was all on fire so there was nowhere for him to run out. Even if the smoke was this high. He was a short little dog," Butler said. "There was nowhere for him to go."

Local fire officials informed that it is not clear how the fire was started but it spread from the attic near an air conditioning unit. Zippy was adopted for Butlers by Leroy's father and was described as "a good dog."

"He did his job, we rescued him, and I guess he returned the favour," the owner said of Zippy. "He would let me know if someone was outside. With the smoke, he still did his job. That's just one thing and one person that I couldn't save and one person I couldn't get to," Butler said.