The shame that Indian women are put through for having a uterus, is being combatted in many unique ways. 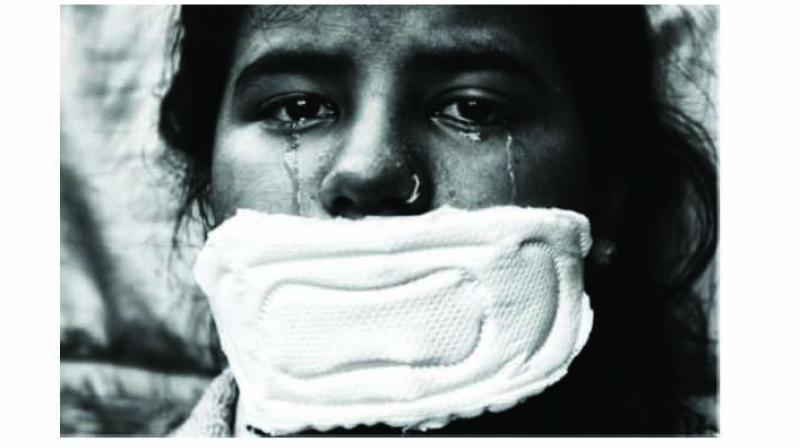 The creation of the photo series also led Gera to realise that simply making certain sections of the society aware about this is not enough.

When  Period. End of sentence (a movie aboutwomen from the rural India fighting the stigma surrounding menstrual health and manufacturing sanitary napkins) won the Academy Award for the best documentary short film earlier this year, one part of a long drawn battle was won. But, diminishing this prevailing stain from the Indian society fully, will take a lot more than an Oscar winning film.

Delhi-based photographer Niraj Gera who is known for his photo series ‘Sacred Transformations’, portraying the pain and lives of acid attack survivor, has picked up his camera for yet another social cause. This time around he has created a photo series essaying the experiences and plights of Indian women regarding their menstrual health. Patriarchy often silences women by shaming them for a biological process that they have no control over. 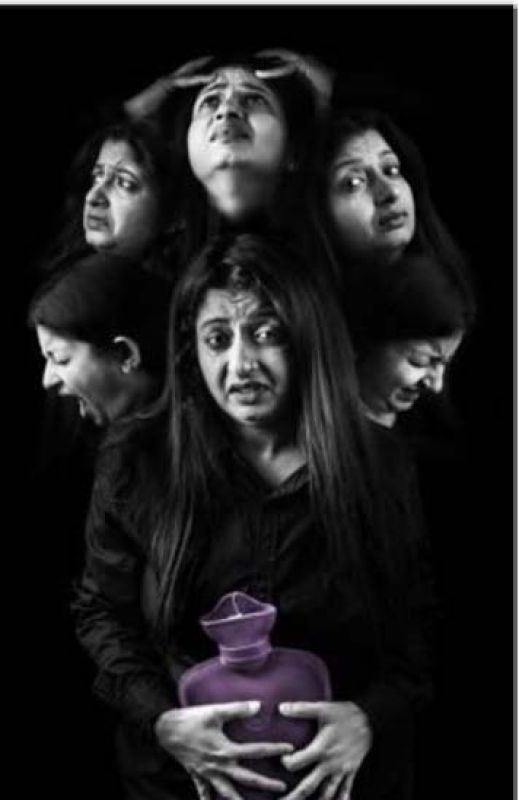 Niraj’s aim is to give a voice to these girls and women by depicting their pain, anger and problems using stark images. “I always like to raise my voice for various social causes as a photographer, motivational speaker and social reformer. During a discussion with one of my female friends, I was suggested to speak about the stigma associated with  menstruation. When I did some surfing on (the) Internet on this topic, I was shocked to see some very sad facts and figures! It was disheartening to know that 82% of the females in India are not using sanitary pads, tampons or other hygienic options during their periods,” says Gera. He reveals how these statistics stirred his soul to work towards helping this issue.

The mostly monochrome series is a set of around 35 photographs, which aim to shed light on the dark and discreet truth about the menstrual health situation in India that society wants to put a veil on. “To start with I have decided to put to use my expertise in giving a voice to the unsaid and unheard emotions of the girls/women of the entire world through his photographs,” shares Niraj. Gera visited various slums, villages, NGOs, institutes and colleges to understand the depth and intensity of this problem. Speaking of his journey and lessons, he says, “To start with, this series made me more close to my mother. She also shared many facts about her youth and adolescence when she faced problems related to her periods. This was a big achievement of my project as it inspired a 70-years-old mother to share her periods’ secrets with her son.” 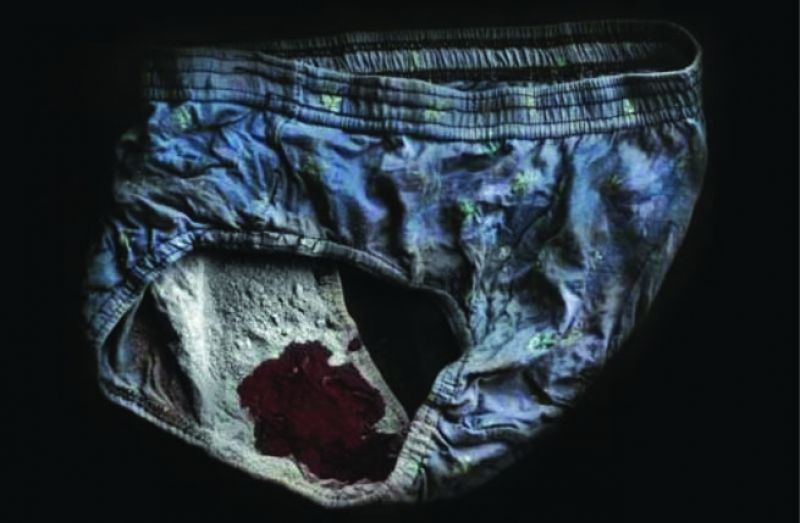 The creation of the photo series also led Gera to realise that simply making certain sections of the society aware about this is not enough. This led to the birth of Project Paavni. “All the stories I heard made me more sensitive for women and it further strengthened my commitment to bring transformation. I planned this pan India drive where I will be conducting sessions for women and men and work on de-stigmatisation of menstruation in rural areas, schools, colleges etc,” says Niraj.

The vision of the project is to empower girls, women and men with knowledge and awareness on menstrual health and hygiene.

The task that Niraj is about to take on his shoulders can prove to be very heavy, however. Speaking of the challenges he faces, Niraj reveals, “Being a male part of this society did not really serve in my favour and I had to face quite a lot of problem in countering the stigmas prevalent in society both for men and women and getting females to talk frankly on this issue.” So it doesn’t come as a surprise that gender sensitisation for men is also a big part of this.”

Many Instagram pages like ‘The Menstruation Mission’, ‘Menstruation Matters’ and ‘Don’t Hide It. Period.’ also inspire people to open up about their periods without shame. With all these initiatives, one can only hope that in the near future talks about equal rights and proper menstrual health won’t be met with any bad blood.