It bears resemblance to his previous films only in having the conflict based background of Kashmir. 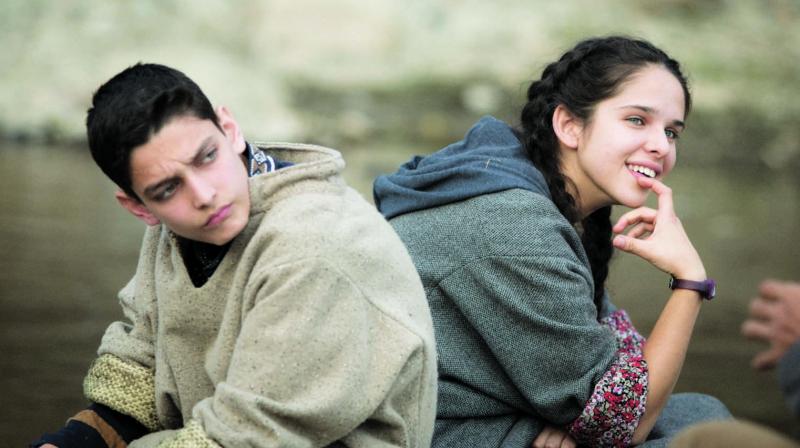 A still from No Fathers in Kashmir

Two-time National Award winner Ashvin Kumar has found himself in a familiar tussle with the CBFC yet again. This time it is regarding his latest film No Fathers in Kashmir.

A tender yet tragic coming-of-age story of two teenagers, who experience the sparks of first-love in the conflicted background of Kashmir, is apparently not suitable for the Indian audiences. For reasons unknown, the Indian Centre Board for Film Certification (CBFC) is giving Ashvin Kumar’s latest film No Fathers in Kashmir an ‘A’ certification on the conditions of some cuts, even though in an open letter the director claims the movie ‘sits squarely within the guidelines for a ‘U’ certificate.’ Currently lingering in the terrain of being certificate-less and on the verge of being banned, No Fathers in Kashmir poses yet again a question on a justified censorship in Indian movies.

Baring his heart out in an open letter addressed to the chairman of CBFC Prasoon Joshi, Ashvin expressed his disappointment, anger, and contestation on the proposed ‘A’ certification, calling it CBFC’s ‘Kafkaesque Tradition.’ Ironically, the director’s last two films Inshallah Football and Inshallah Kashmir were also fated to be unreleased, but given an ‘A’ certification and further went on to even bag National Awards each.

No Fathers in Kashmir talks about the dilemmas of family, psychological and social, and particularly of women -— mothers, wives, and daughters — upon whom the weight of conflict falls hardest. It bears resemblance to his previous films only in having the conflict based background of Kashmir. With no possible explanations given, one wonders if this is the reason for the Board to limit the film’s audience. “By sustaining the continuous misinformation and the amount of propaganda that exists about Kashmir by media, CBFC is playing a part in sustaining that bunch of untruths, half-truths and lies,” rues the director. 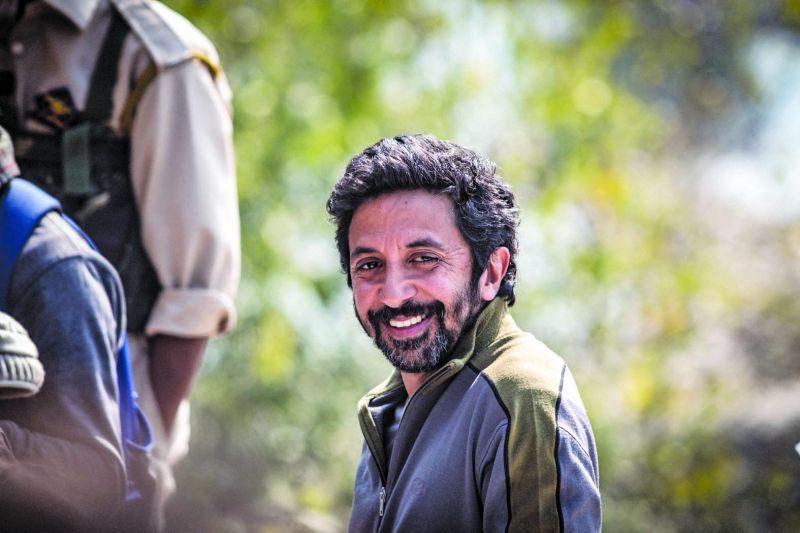 Moreover, finding himself befogged for his latest includes ‘no sex, no violence, no vulgarity, no nudity, no drug abuse’ — the usual tenets for ‘A’ certificate, the director has now lodged a complaint with Film Certification Appellate Tribunal (FCAT).

Calling the proposed cuts as “laughable,” the director calls out the board for “putting filmmakers through this agonising process of appealing against these absolutely ridiculous decisions again and again, without any consideration for the things that have happened in the past.” He adds that, “These people are totally and utterly apathetic, and are the worst sort of people I can imagine because they don’t care for the livelihood of somebody else who is trying to make a living.”

Moreover, Ashvin reiterates his letter when he says that it is not feasible or right for filmmakers to approach the court every time as the cost for fighting the legal way for the release can sometimes be as huge as the budget of the movies. He further regards this as a violation of his basic right, as he says, “For me to exercise my right of Freedom of Speech, I have to spend money. What kind of democracy is this where I have to buy my right of Freedom of Speech?”

If remaining unreleased is the worst, getting released with ‘A’ certification is no better. He, quite elaborately, goes on to explain his contestation in the open letter. He claims a huge financial loss as, ‘under present laws, broadcasters cannot broadcast adult certificate films on satellite TV. Booking theatres, print costs and marketing costs are prohibitive and producers can’t risk it without a censor certificate in hand.’  Moreover, with Bollywood mainstream cinema already crowding the release dates, missing a suitable date would result in a crushing suicide by going against a Bollywood movie. ‘So, by the time No Fathers in Kashmir gets relief from courts, it may become financially unviable to release the film and the CBFC is well aware of this for it has become a trend of sorts to dish out ‘A’ certificates on frivolous grounds for films the state wants to restrict,’ writes Ashvin.

He substantiates his arguments by basing it on the example of High Court of Delhi converting the adult rating to  universal of Pankaj Bhutalia’s film on stone pelting, The Textures of Loss, which according to him is similar to No Fathers in Kashmir. “My question is that why is there no legal expert in the CFBC’s team?  Why does not that legal expert tells them that whatever decisions that you people have made have been overturned in favour of the filmmaker, so you can’t sustain these decisions in the court of law. And so don’t make them now and make life hard for somebody who is trying to make a film and move on with their lives,” concludes the filmmaker.

We tried to reach Prasoon Joshi for a comment, but he remained unavailable.

Tags: cbfc, no fathers in kashmir