London cafe unveils the 'selfieccino' - self portraits in froth

Over 400 of the personalized drinks have been sold since they launched on Saturday, with the hash tag “Selfieccino” going viral. 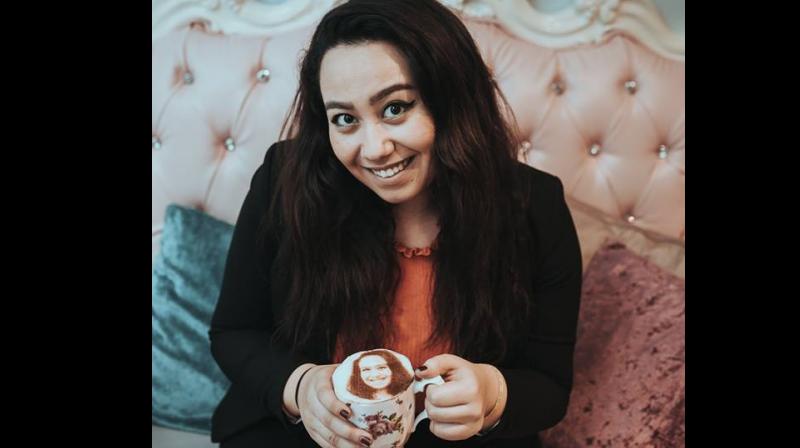 Over 400 of the personalized drinks have been sold since they launched on Saturday, with the hash tag “Selfieccino” going viral. (Photo: Twitter/Leighona_A)

A cafe in London is taking barista art to a new level by giving customers the chance to sip on their own self-portraits.

The Tea Terrace, based in House of Fraser’s Oxford Street branch, has become Europe’s first location to deliver the “Selfieccino,” which features an image of customers’ faces on the frothy topping of their drinks.

Patrons send their headshots via an online messaging app to the barista and are given the choice of either a cappuccino or hot chocolate as their canvas.

The image is uploaded to the “Cino” machine while the drink is placed in position. The picture is then scanned and reproduced onto the froth using a flavorless food coloring.

Tw-10-A cafe in #London is taking #Barista art to a new level by giving clients the chance to sip on their own portraits.“#Selfieccino”.Very soon will be having it.#Londoncalling. pic.twitter.com/J4zWGPkFEh

The process takes around four minutes before an image is presented on the froth, ready to be photographed and sent to all points via social media before drinking, and costs around 5.75 pounds. ($7.5)

”Due to social media, the dining experience has completely shifted,“ Ehab Salem Shouly, owner of The Tea Terrace told Reuters. ”It’s not enough any more to just deliver great food and great service - it’s got to be Instagram worthy.”

I love a cappuccino, but I think I would choke on it if I saw my own face in the froth...! #why 😂 #selfieccino #bizarre ☕️ 😭 pic.twitter.com/9N8LlYI8AX

Over 400 of the personalized drinks have been sold since they launched on Saturday, with the hash tag “Selfieccino” going viral across various social media platforms.

The Tea Terrace hopes to trademark the term as they expand the service across their other two locations in London Victoria and Guildford, Surrey.