Turtles are getting feminised due to global warming

Cooler temperatures, both at the end of the nesting season and in shaded areas, will guarantee some hatchlings are male. 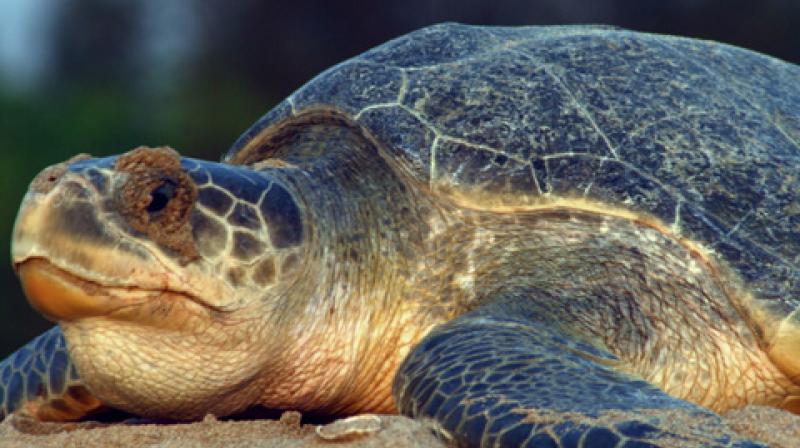 As temperatures continue to rise, it may become impossible for unhatched turtles to survive (Photo: AFP)

London: Up to 93 per cent of green turtle hatchlings could be female by 2100, as climate change causes "feminisation" of the species, according to a study.

The sex of turtle hatchlings is determined by temperature, and at present about 52 per cent of hatching green turtles -- one of seven species of sea turtle -- are female.

Researchers at the University of Exeter in the UK and the Marine and Environmental Sciences Centre in Portugal found that in warmer temperatures predicted by Intergovernmental Panel on Climate Change (IPCC) scenarios, 76-93 per cent of hatchlings would be female.

The figures are specific to the study site in Guinea-Bissau, West Africa, but researchers say they expect a similar picture globally.

They said the changing gender ratio would initially lead to more females nesting, increasing the population, before a decline "as incubation temperatures approach lethal levels".

They also predict rising sea levels will submerge 33-43 per cent of current nesting areas used by green turtles on the beaches where the study was carried out.

"Green turtles are facing trouble in the future due to loss of habitats and increasing temperatures," said Rita Patricio from the University of Exeter.

"Our results suggest the nesting population of green turtles the Bijagos Archipelago, Guinea-Bissau, will cope with the effects of climate change until 2100," said Patricio.

"Cooler temperatures, both at the end of the nesting season and in shaded areas, will guarantee some hatchlings are male.

"Although rising temperatures will lead to more female hatchlings -- and 32-64 per cent more nesting females by 2120 -- mortality in eggs will also be higher in these warmer conditions," she said.

"As temperatures continue to rise, it may become impossible for unhatched turtles to survive," said Rita.