Chamber in the land of Mehfil

Celebrated French cellist Gauthier Herrmann talks about his love for India and experimenting with music. 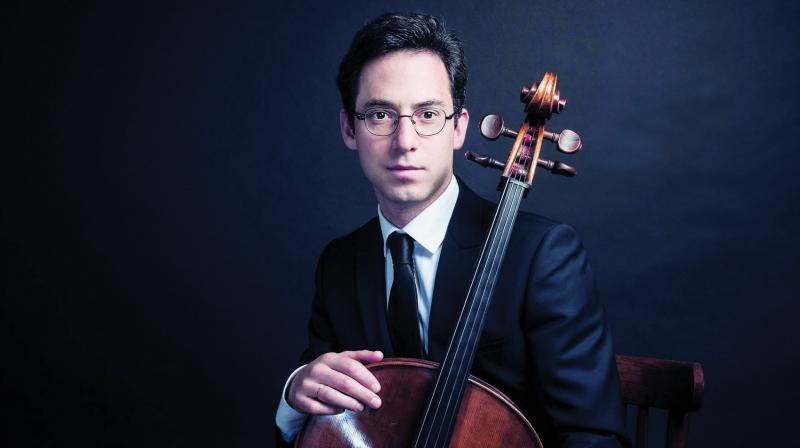 About 17 years ago, when 20-year-old French cellist Gauthier Herrmann came to India for his first solo recital, little did he know that he would fall in love with the country so much that he would be coming back almost every year.

What attracted this young musician to the country were its people, the food and the way of living and thinking. Herrmann further realised that India is the country where he can express his art. “Indians are very deep in their artistic approach. Its classical culture is an endless discovery for me,” says the musician on his 18th visit to India.

Herrmann, with six other musicians from France, was recently in Mumbai to perform in his highly anticipated concert at Artie’s Festival India, which brings the soul of 17th-century chamber music to NCPA.

The cellist creates this biannual festival for Indian audiences, and tours across the country and many parts of the world. In its twelfth year as of 2019, the festival continues to delight audiences of all age groups for its easygoing and masterful fresh presentations of famous opera arias, and a specific form of piano, violin, cello and accordion. “Artie’s is a unique way of sharing music with energy, kindness and joy,” explains the founder of the group, and adds that it is a worldwide concert tour with a special taste of India. “Twenty four editions already and many more to go,” he smiles.

Written for a small group of instruments and for small ensembles, Herrmann keeps the soul of the chamber music tradition alive by playing bespoke concerts in living rooms, reminiscent of the intimate settings of times past. With just four artists on stage, it is delightful to watch these artists perform. “Every audience is different, mainly depending on the host, venue, and partner. We have grown artistically with Mumbai audiences,” shares the cellist, who has performed in 17 other Indian cities with his team.

Despite being called a classical chamber music festival, Artie’s is far from being a typical chamber group. This French ensemble has no consistent lineup or instrumental configuration, and all the musicians have bold approaches to their respective arts. By overturning the old norms and experimenting with fresh melodies, musical binaries, and grounds, Herrmann tries to conceptualise performances that break stereotypes.

“We just think to be on stage to share our passion for chamber music and art. As the music is evolving, the audience is evolving too. It is important that we follow the music which we feel connected to because that automatically connects to the audience,” shares the musician, adding that working with the same team at times invites the trouble of managing dates.

“The most difficult things is to find dates for the tours. It’s always a big headache to put all the agendas together, but the team is always in high spirits for this festival in India,” says Herrmann in conclusion.