India reiterates commitment to UN Declaration on violence against women

Why this has been forgotten in the corridors of policy making? 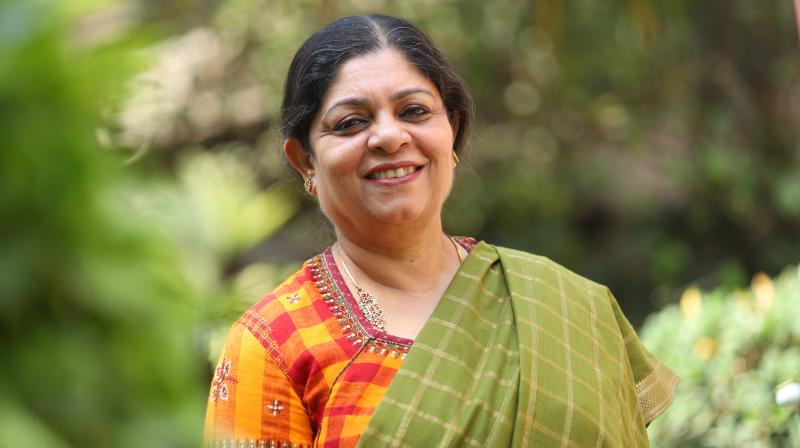 25 years ago and again last week India committed to the UN Declaration on Elimination of Violence against Women this includes the threat of such acts or even coercion occurring in both public and private life. This somehow seems to have been forgotten in the abstract corridors of policymaking. Events over the last few weeks in Unnao and Hyderabad, and countless other incidents across the country, make it clear that there is a very long way to go before our global and national commitments to eliminating violence against women are met.

Women and girls in India continue to be born into a social system steeped in inequity and discrimination. That women receive an unfair share of opportunities, education and resources are evident from the Census and NFHS data. Currently, female literacy rates are almost 20 percentage points less than male.  The sex ratio at birth, while marginally higher than that in 2005-06, is still skewed at 919 females per 1000 males (NFHS 4), an indication of prevalent sex-selective practices.  Official statistics from the National Crimes Record Bureau (NCRB) reveal a trend of rising crimes against women. Other cultural practices such as dowry, child marriage, the ill-treatment of women and son-preference further increase girls and women’s vulnerability to the experience of violence.  Gender differential treatment in nutrition, health-care, education, mobility and other life opportunities place them at a higher risk of violation.

Violence against women is a clear manifestation of strong patriarchal norms in India.  It is used as a tool to reinforce and maintain gender roles and also as a weapon to punish women who transgress them. Domestic violence, for example, is seen across genders, as a justifiable way of punishing ‘bad wives’.  In 2017 in a court affidavit, the central government took a stand against criminalising marital rape on the grounds that ‘it may destabilize the institution of marriage’. Within society and families, the responsibility for maintaining ‘honour’ and purity rests solely on women and rape and sexual violence have been used against women who are believed to ‘dishonour’ their families and communities.

Gender-based violence takes place in both public and private spheres. While the media and public campaigns tend to focus on extreme and public incidents of violence, the reality is that many women experience discrimination and violence in their everyday lives. There is increasing evidence to show that women and girls are most at risk of violence within their families than from strangers. This shatters the myth that the family is the safest place for women. For example, an analysis of the National Crime Records Bureau (NCRB) data for 2017 shows that cruelty by husbands and dowry related violence together account for 35.5 per cent of the total crimes against women recorded by the police.  There is a strong and pervasive culture of silence around issues such as domestic violence, rape and child sexual abuse. This is even more so when the perpetrator is from the family. It is considered a ‘private matter’ or a ‘family affair’ and therefore, beyond or invisible to the domain of law and justice.  As a result, many of these cases go unreported.

In 2013, the Justice Verma Committee Report on gender laws identified a ‘failure of governance’ as the root cause of sexual crime. This was the first time that a government-appointed commission advised that rape be treated as an ‘expression of power’ rather than a crime of passion. The committee made broad sweeping recommendations to the code of conduct and legislation and made progressive reform recommendations to strengthen legal and policy protections for women. The amended laws ensured that the police are duty-bound to assist rape survivors, women can file complaints online and has set up special rape crisis cells to help and counsel survivors.  And yet on the other hand as the case of Nirbhaya shows, even after 7 years and many reforms and recommendations, survivors and their families wait years before justice is served.

While violence against women is a manifestation of power relations, the lack of justice and due process, especially for women, is also indicative of the institutionalisation of patriarchy.  While further changes to the legal and justice system are required, these will continue to show poor results until the root causes of gender discrimination and violence are addressed. Violence against women has serious social, economic and health consequences.  It affects them as individuals, but also their families and children, communities and has serious consequences on development. It is clear that the way forward needs to be a two-pronged approach. On one hand, the judicial system needs to ensure strict enforcement of laws and quick and fair justice for all crimes against women. On the other hand, the deep-rooted causes of gender discrimination and violence need to be addressed both at a systemic and institutional level and also at an individual and collective level. Men and women together need to ensure equality, respect and dignity for women and girls. Normative change on a societal level, while difficult, is not impossible.  Strategies such as social and behaviour change communication, programs that reach young people and concerted efforts to improve women’s financial inclusion, political participation, safety, education and healthcare are critical if we are to live up to our commitments at the Convention on the Elimination of all Forms of Discrimination Against Women (CEDAW).

In its report on the implementation of the Beijing Declaration and Platform for Action Government of India has recognised that deep-rooted gender inequalities continue to undermine the country’s potential to translate economic growth into inclusive development. As we mark the 40th anniversary of the Convention on the Elimination of all Forms of Discrimination against Women (CEDAW) and look forward to the 25th anniversary of the landmark Beijing Declaration on Women’s Rights it is critical for India to commit to long-term and long-lasting changes to the status of women.