Mother of all kids fests

Over the past few days, 15,000 children from India and abroad participated in a cultural extravaganza unlike any other, in the capital. 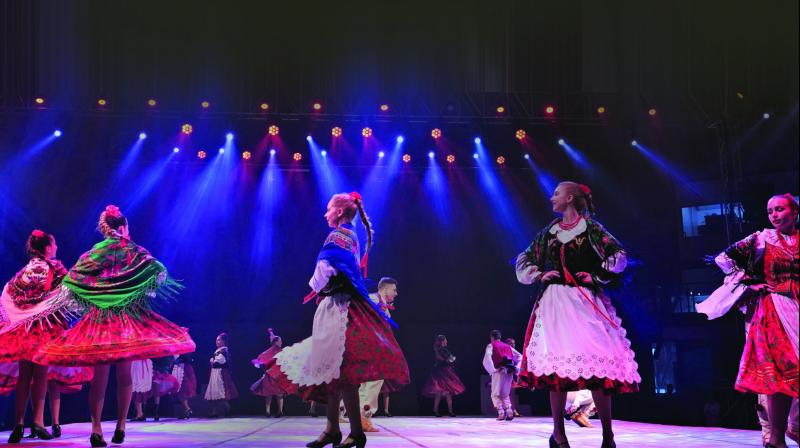 Additionally, performances by national and international delegates proved to be quite the highlight.

Amid all the ongoing chaos, the city witnessed 15,000 school children perform during the recently concluded 16th edition of the Ryan International Children’s Festival. Revolving around the theme of Gender ‘Equality’, the festival strived to empower children to overcome gender prejudices and celebrate equality. The five-day event featured over 300 performances by Indian and International junior artists across categories — be it classical and contemporary dance sequences, drama, musical plays, folklore, puppet shows, and even workshops, street plays and competitions.

In addition to all this, a white T-shirt ceremony was held, where students from India and abroad wore pure-white tees that served as canvasses for them to write on each other's shirts messages on breaking gender stereotypes.

“It was great fun we had at this festival. I enjoyed and made lots of friends from other countries, got to know about their culture, food, education, etc. Every year I want to attend more such children festivals,” shared an excited Cia Bhatra, a student at Ryan International School, Vasant Kunj.

Additionally, performances by national and international delegates proved to be quite the highlight. Axioma Teatro from Paraguay presented a play called The Great Treasure, where they showcased traditional dances. The play depicted the adventure of a girl, her grandma and her friend take to become superheroes and wake up humanity.

“This was a totally brilliant experience being in India and interacting with children of our age. We were just so many from all different countries and it was an awesome learning,” shared Lisa Meier from Germany, who is in the country for the first time.

On the other hand, a German troupe presented ‘Essenz’, that showcased how memories and experiences influence our individuality and lives. Finally, the Children and Youth Theater Studio from Lithuania, presented an interesting play called ‘=’ (equal), emphasising upon the importance of empowering both genders
as equal.

Grace Pinto, who conceptualised the festival, said, “We are thankful to our Lord Jesus Christ for his hand of protection and safety over each and every participant during the event.  We are happy that over 15,000 young ambassadors have taken back home the message of gender equality and respect for others at this international platform. The aim of the festival was to provide the children of the world the opportunity to come together to exchange ideas, learn about cultures and develop respect for each other.”