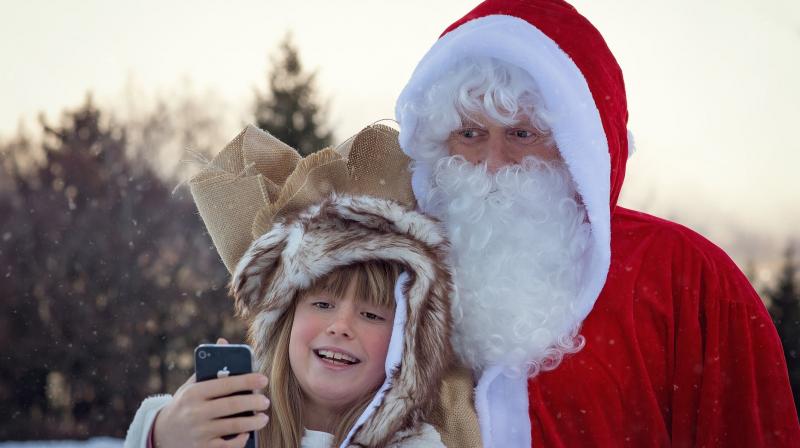 Last year the organization, which partners with other foundations, received 500 letters - some typed, many handwritten and illustrated. (Photo: Representational/Pixabay)

New York: It is the most wonderful time of the year to make the perfect mistake.

Letters to Santa are wrongly addressed each December to an apartment on West 22nd Street in Manhattan’s Chelsea neighbourhood, far from the North Pole.

At first the couple who lived there, Jim Glaub and Dylan Parker, received a flurry of the mysteriously addressed letters from needy local families often seeking toys, warm clothing and basic necessities. By 2010, it was an avalanche.

A friend suggested that the letters be given to volunteers who wanted to fulfill the requests, like real-life elves, Glaub said. Thus, a charity known as the Miracle on 22nd Street was born.

“It’s about being bigger than yourself and giving back,” Glaub said. “And it feels so good.”

Just how the West 22nd Street address came to be known as Santa’s abode remains a mystery. Some speculate it is tied to 19th century writer Clement Clarke Moore, who was widely credited as the author of the poem that became known as “‘Twas the Night Before Christmas” and who lived in the surrounding Chelsea neighbourhood.

In the decade since the nonprofit organization was founded, both misfortune and kindness have snowballed in the United States, Glaub said. Families from almost every U.S. state now appeal to the charity for holiday help and elves from all over the world have been linked with them to respond to their wishes.

Last year the organization, which partners with other foundations, received 500 letters - some typed, many handwritten and illustrated.

And while the couple has moved out of the apartment, the charity continues to gather the Santa letters and coordinates with volunteers to fulfill holiday wishes.

Now the heartwarming tale is on its way to the big screen, optioned by Universal Pictures and Tina Fey, and expected to debut in 2020.

The newest occupant of the West 22nd Street apartment, Meredith McKernan, 22, a model, said it was uplifting to see so many people helping others and to know they are still able to remember the innocence of childhood, no matter how old they are.

“Everyone believed in Santa at one time,” McKernan said. The address mixup is as comforting as it is confounding, Glaub said. “Hundreds and hundreds of people have stepped up to say, ‘I want to help. I can do this. I can help my neighbour,’” Glaub said. “It gives me a lot of hope.”