Normally, the cost of constructing these six sets in a studio may be around Rs 25 to Rs 30 crore. 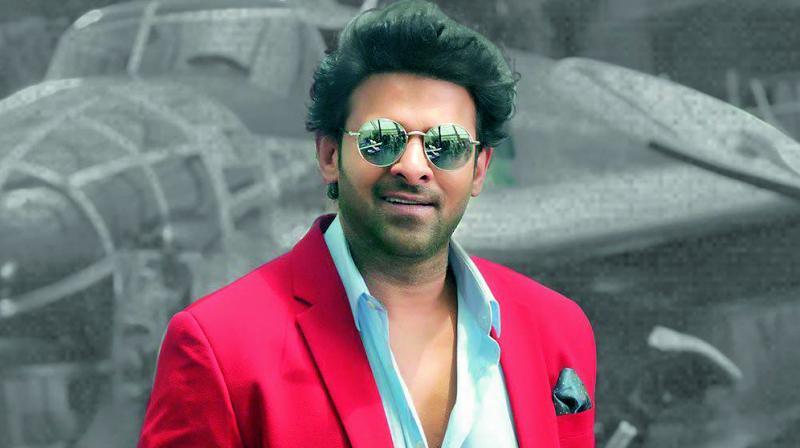 Ravinder Reddy, the production  designer of Prabhas’ upcoming film has come up with an interesting plan to cut down on  production costs. He’s taken a four acre-land in Tellapur on lease for a few years to construct the sets for the film which will later be transported to the studio. This way he saves the daily rent of approximately Rs 70,000 per day charged by the studios.

When the filmmakers of Chiranjeevi-starrer Sye Raa constructed four lavish sets on the city outskirts last year, many could not comprehend how it would reduce the cost of production. However, now, UV Creations — the makers of Prabhas’ upcoming film (tentatively titled Jaan) have come up with a similar plan.

Apart from being in the news for their humongous budget, the filmmakers have hit the headlines once again by acquiring four acres of prime land on lease at Tellapur on the city outskirts for production design. And given that Tellapur is such prime property, sources estimate that the value of these four acres is around Rs 100 crore!

“Vikram (Vicky), one of the producers of UV Creations, is a good friend of actor Ram Charan. He came to know that the prime land belongs to a guy called Charan, who also happens to be a friend of the actor. So Vicky was able to get the property on lease for three years or at least till the film completes shooting, thanks to Ram Charan,” informs a source, adding, “Since Tellapur is just 20 kilometres away from Annapurna Studios where the film will be shot, the producers zeroed in on that location.”

Since acquiring the property, the filmmakers have constructed a massive warehouse (approximately 20,000 sq ft), where the film’s lavish sets will be built.

So how does acquiring land actually help in bringing production costs down?

A source explains, “Filmmakers typically shell out around Rs 70,000 rent per day in a studio to construct a lavish set. And erecting one such set can take around two to three months, thereby pushing up the rent to Rs 60 lakh for three months — only rental. If you include the labour costs, raw materials, food, transportation, daily wages, etc., the overall cost can skyrocket into several crores.”

Further, the source adds, “Since the construction of the set is happening at a land on the outskirts and not in the city, the filmmakers can cut down the daily costs substantially and only provide the workers with accommodation, thus bringing down the overall cost considerably.”

Meanwhile, a source from the unit informs, “Since the land is on lease, the filmmakers do not have to worry about the stress of daily rent. Also, the designer has the luxury of building multiple sets simultaneously as against just one in a studio. This way, the sets can be constructed in 3-4 weeks with better detailing, and save up to 50% in costs and time.”

With Jaan touted to be a vintage period romantic drama, the filmmakers have apparently constructed as many as six lavish sets, including a vintage train set and the heroine’s house.

The source also adds, “Normally, the cost of constructing these six sets in a studio may be around Rs 25 to Rs 30 crore. But the filmmakers were able to build all the six sets under Rs 6 crore, bringing down the overall production costs dramatically.”

Not just that, the sets can be dismantled and transported to the studio where it can be easily reassembled for the shoot.