On the global stage, the dictionary’s move is indeed beneficial for one section of the queer community. 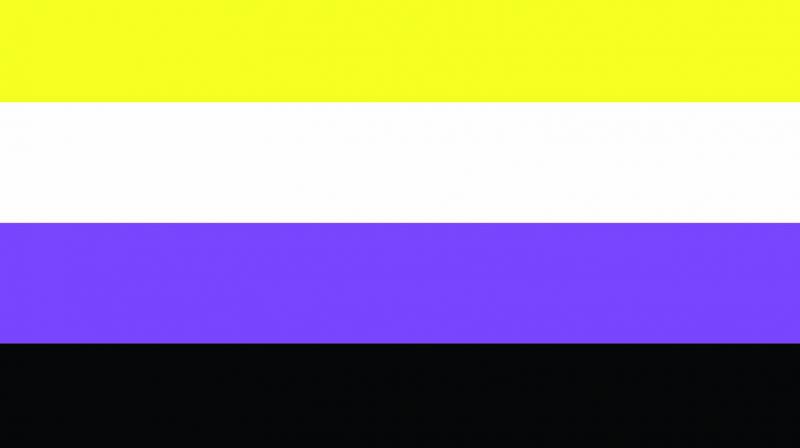 The Merriam-Webster dictionary just chose ‘they’ as word of the year. Despite this symbol of recognition for non-binary people, gender is still perceived problematically in India. So, we speak to a lawyer and activists on what this move means in the current context.

Last year, we saw the partial scrapping of Section 377, which gave us a reason to celebrate. Now, some days ago, Merriam-Webster acknowledged the pronoun ‘they’ as their word of the year. Indeed, this symbolises the existence of an atmosphere where all gender identities are accorded equal respect. Well, at least on paper.

‘They’, a pronoun once only used to denote third-person plural, now has another meaning attached to it — of being a personal pronoun for people who identify as genderqueer or non-binary. To the uninitiated, Merriam-Webster itself defines ‘They’ as “(A pronoun) used to refer to a single person whose gender identity is non-binary, i.e, relating to or being a person who identifies with or expresses a gender identity that is neither entirely male nor entirely female.”

Reyansh Naarang, a 20-year-old non-binary activist, believes that it is high time there is non-binary recognition, instead of calling the use of ‘they’ to refer to one person “grammatically incorrect”. They add, “It gives non-binary people recognition. Contrary to the belief that pronouns and labels exclude people, I feel that this does not alienate them but instead gives them the recognition they deserve. With the they/them pronoun acknowledgement, we don’t need to be a certain way to affirm our identity.”

However, Reyansh suggests that a lot remains to be done. They continue, “Irrespective of pronouns, there needs to be educational policies and people need to be more inclusive.”

Saurabh Kirpal, a lawyer who was associated with the Section 377 case, says, “A lot of people find it strange that when you are used to the binaries of he and she, why to insist on ‘They’? Well, for a person who is non-binary, there is no (other) way of expressing it. Since language is a very potent way of communicating, its use is very important. It may not be easy to get used to, but I don’t think it is too much of an ask for people to change their behaviour.”

“It is not about what is convenient for you to express yourself, but it is a way to address the concern of a person who you are speaking to,” he adds.

Amrita Sarkar, a trans-rights activist, opines that a person belonging to the queer community must be asked their preferred pronoun. She continues, “This is a need that must be given a general and comprehensive view. There should be a definition of everything in terms of what do you mean by him or her; who would like to be identified as and who wouldn’t like to be identified as he and she.”

On the global stage, the dictionary’s move is indeed beneficial for one section of the queer community. In India, however, a lot remains to be done as things have been polarised with the introduction of the Transgender Persons (Protection of Rights) Act, 2019. Sarkar continues, “The government is making a decision on their own without the involvement of the community, without taking their experience (into account), and without knowing the reality, and that is a fact.”

She opines, “If I am a transwoman, it should not be identified by someone who is not known to me. It should be on me how I should identify myself. I shouldn't get any kind of a certificate (from the magistrate) for it.” She then raises the question that how can someone be identified as transperson or not based on someone's judgment? After all, every person has their individual identity.

Hotelier and queer-rights activist Keshav Suri believes that India stands at a “polarising position”, where, “on one hand — through the NALSA judgment — we had shown to the world that we are so far ahead in terms of trans rights, on the other hand, this (the controversial trans bill) happens. It’s very conflicting.”

So what can be done? Suri concludes, “People like us need to show the way on what we do and how to get the message across. We need to be more vocal.”