There could be danger lurking in every spoonful of sugar; Naga Jyothi advocates Stugar. 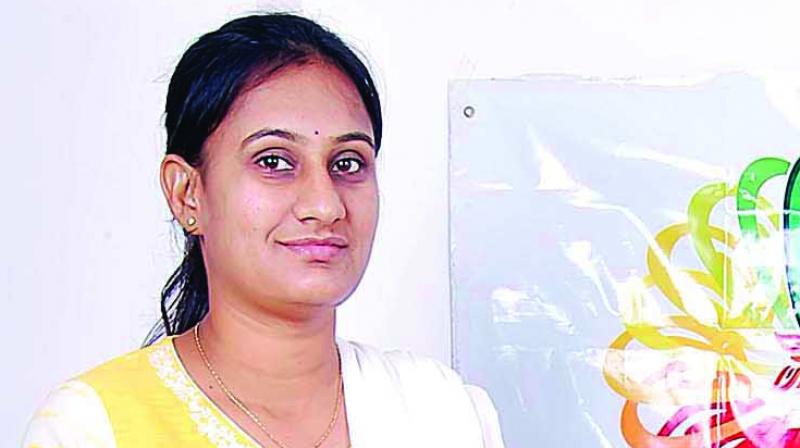 Hyderabad-based Naga Jyothi is a woman with a mission! She wants to make India as free from diabetes as possible. In pursuit of this noble aim, she has started with the two Telugu States. Backed by considerable research, she has brought out ‘Stugar’, a sugar substitute based on the Stevia plant, which is Food Safety and Standards Authority of India approved .

Her fascination with plants prompted her to do a B.Sc degree in Agriculture and follow it up with a postgraduate degree in Agribusiness Management. “I wanted to turn my fascination into a career,” she says, “But, like most other people, I went with the flow. I first entered the banking sector, then moved over to the development sector. In the latter sphere, I was associated with farmers and artisans, which gave me exposure to farming. I was determined to do something different. So, I quit my job and decided to pursue my interest in plants”, she recounts.

Apparently, Jyothi came across a newspaper article which talked about how people are changing over from a non-vegetarian diet to a vegetarian one for health reasons.

“So, I focused my research on the best vegetarian alternative which provides the same amount of protein and has the same taste and texture as meat, and the answer was mushrooms”, she says. It was while researching mushrooms that she came across articles about the prevalence of diabetes. She was inspired to simultaneously research alternatives for sugar.

“There are many artificial sweeteners which are chemical based. I was looking for a natural sweetener and I came across the Stevia plant. It is a sweet herb, with many medicinal properties. This plant controls blood glucose levels and hypertension. I made a sweetener in the form of a powder, liquid and dip bags, under the brand name ‘Stugar’.” Convincing people to adopt this alternative to sugar was difficult for her. “Stevia is a sweetener, but people think it bitter, which is not true,” she asserts.