Blending mythology with history and science

Over two years of writing and telling her the story, it developed into the book that was finally published as The Mahabharata Secret. 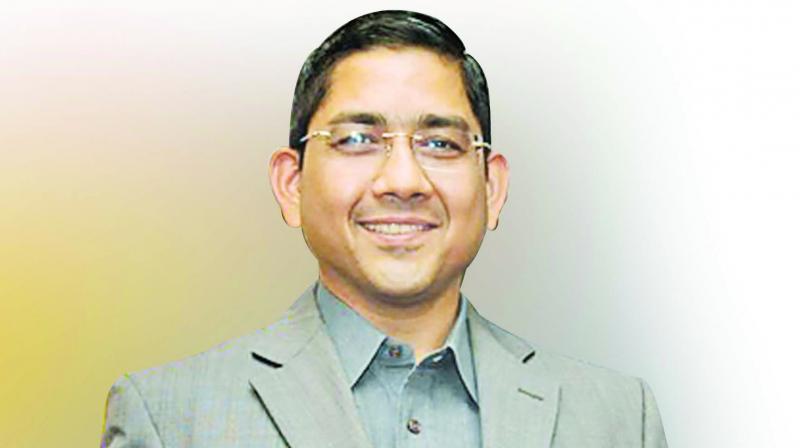 Excerpts from an e-mail interview

Recalling his early days, Christopher goes back in time and talks about his love for mythology since childhood and how that metamorphosed into his first novel. “I’ve always loved mythology and wanted to be a writer since I was 10 years old. The trigger came when I wanted to write a story for my daughter when she was seven years old. Since she was a history and mythology buff, I decided to write a story that blended history and mythology with science (which I was also interested in at that point). Over two years of writing and telling her the story, it developed into the book that was finally published as The Mahabharata Secret.”

Christopher was a born writer. He shares, “I was a prolific writer in school. I would write stories, plays, poems and, even in our English examinations, I would choose to write a story over an essay. My teachers were very encouraging; they would look forward to reading my stories.”

Christopher, who is said to have pioneered modern-day thrillers blending science, history and mythology, shares how voracious reading has helped shape ideas throughout the journey. “I subscribe to leading scientific magazines, read a lot of white papers on cutting edge scientific research and generally keep myself updated on what’s happening in the world of science. I also read a lot of books written by eminent scientists in different scientific fields, and a lot of books on history as well as historical books (some written as far as 2,300 years ago). My library at home has rare books on history from the 17th and 18th centuries. And, I travel a lot, seeking out new and, generally unheard of, archaeological sites, in the company of professional archaeologists.”

About ‘The Pataala Prophecy’ getting compared with the Harry Potter universe, the author asserts, “unpredictability is his hallmark”, and that it is foolish of people to make assumptions, based on the first book of the series.

Talking about establishing scientific connections with the Mahabharata for the Quest series, Christopher says, “In ‘The Mahabharata Quest’ series, I have interpreted stories from the Mahabharata through the lens of scientific fact rather than science fiction. Of course, I write fiction but the scientific and historic underpinnings are all factual and validated by international experts. My view of science and technology in the Mahabharata was influenced by several non- fiction books that I started reading around 20 years ago, which interpreted western mythology and historical mysteries using scientific data and facts. They postulated that there were civilisations in pre-history that may have had advanced science and technology and that this knowledge has been lost over the millennia and forgotten by humanity - the collective amnesia of humanity.  I also read a fascinating book that is a century old - ‘The Hindu History’, by Akshoy K Majumdar, which contains a detailed study of the lineages and kingdoms in prehistoric India as described in our ancient texts. This book provides a different perspective on Indian prehistory and explores the possibility that there is a history of India that is unrecorded but has been captured in allegorical or narrative form in the scriptures of India. There was an immediate connection with the other books I had read on western mythology. And the question occurred to me: has anyone explored the possibility that, since we know so little about the Vedic people, is it not possible that they could have had a science and technology that was forgotten as well and memories of which remain in the Mahabharata?”

About his belief in Indian mythology, he says, “A lot of research has been done on mythologies around the world and there is a tremendous amount of evidence that, not just Indian mythology but all mythology has some basis in fact; in events that may have transpired or in knowledge (like astronomical knowledge) that the ancients possessed. In as much this is true, even Indian mythology is not too far removed from reality. Of course, there are layers of embellishment, for various reasons, that created the final form that all mythology takes.”

About the crucial characters Arjun and Maya in his latest book, he says, “as a lot of readers who have read ‘The Mists of Brahma’ have discovered, there are twists and revelations in the book that have overturned many assumptions that readers made about the series after reading ‘Son of Bhrigu’. All I can say, since I don't want to give away any spoilers, is that readers should prepare to be shocked when they read ‘The Mists of Brahma’. What they will find there is not what they will be expecting.”

What kind of research went into the book? “What went into writing ‘The Mists of Brahma’ was research on the interpretations of some of the texts, especially the Srimad Bhagavatam, for which I had the support, help and guidance of my friend Shubha Vilas, who is a monk and  scholar who has been teaching the Vedic texts for two decades.”

About Chennai, the author says, “Chennai is home to many ancient secrets that I would love to write about. Many of my readers have been asking me to write something connected with South India and I believe that Chennai will hold the key to the research that I need to do to in order to fulfil their expectations.” Christopher does not write keeping a particular audience in mind? “I would say that, for all five books I have written so far in both series, my readers range from 12 years old to 60 plus years old.”