Colours of the Republic

The Republic Day is here and the capital dons the tricolours of patriotism. 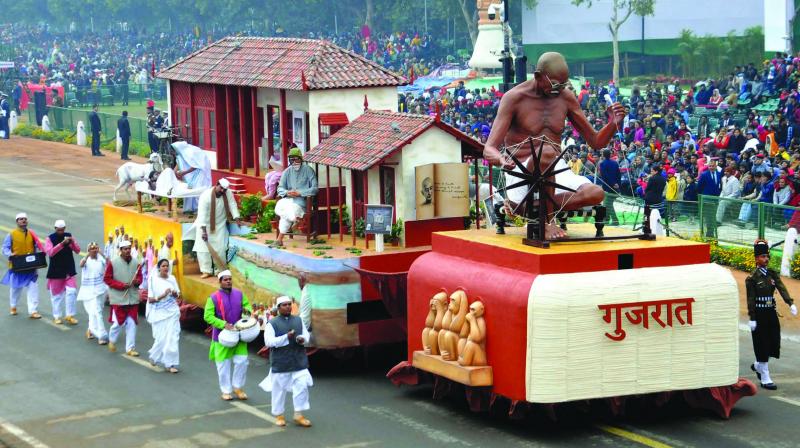 We caught hold of some city dwellers to gain insight to how they are going to celebrate the national holiday.

It is that time of the year where the patriotic feeling is on a high and vendors are already seen selling the nation’s flag at every other shop throughout the country. Though, it is not August 15, but January 26 is also filled with zeal and excitement as it is a time for every Indian to be extremely proud of the constitution their ancestral leaders wrote for them.

It becomes one of the best holidays for most of the people as they like to sit back relax and watch the parade on their television screens and Saurav Das is no different. Das expresses, “There is always something special about this day and I feel patriotic while watching the parade, maybe it is because of the fact that my grandfather was in the army.” He also points out, “One of the best things my society does is to hire a projector and install it in the common hall where we all can watch the parade together.”

The week before the Republic Day is special as one living in the capital can witness the Parade rehearsals taking place. “Every year — be it Independence Day or Republic day — one thing that fascinates me is the (flying of) Air Force planes. I just love the rehearsal part when I am able to witness a fighter planes flying above my home,’ says Kaustubh Sharma. Sharma adds, “At 9am sharp, we have a flag hosting in my society where all the society members gather with some snacks and few performances prepared by the society children. Republic Day for my society friends and me has become a tradition where we play cricket together. Not only us but our parents also join us and this is tradition is taking place from more than 10 years now.”

Where as Radhika Malik likes to visit the parade with her family and enjoys it LIVE and comments, “My father being a Government employ arrange pass for us to visit the parade and I have been here so many times and it never gets old for me. After that we all go for dinner which completes my perfect holiday.”

In the end, there is one and only way to celebrate the national holiday, and that is by celebrating it your way!