Keerthy out, Priya Mani in

Actress’ planned Bollywood debut not on now due to issue with her dates for next Rajini film. 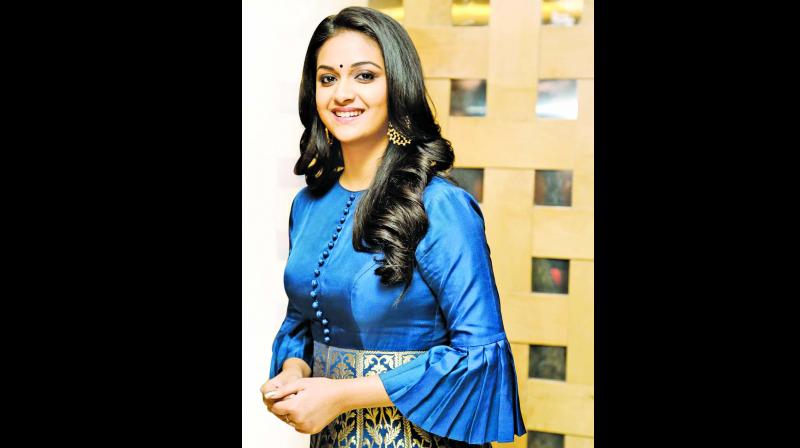 Rumours have been making the rounds that Keerthy Suresh has opted out of her much-publicised Bollywood debut Maidaan with Ajay Devgn, and Priya Mani roped in to take her place. But the real reason behind the issue is different.

After getting a national award for Best Actress for her portrayal of legendary Savitri in Mahanati, Keerthy was signed by ace Boney Kapoor for the sports drama. Maidaan is a sport biographical film based on the life of football coach Syed Abdul Rahim, who is regarded as the architect of modern Indian football. While Ajay Devgn essays the lead protagonist, Keerthy was brought on board to play his wife.  It is learnt that Keerthy just shot for a day and waited for further schedules. She had also lost several kgs and looked too young to play the role. The buzz is Keerthy feels it would not be a perfect debut for her in Bollywood. Also, it was said that her dates were clashing with Rajinikanth’s film Thalaivar 168, where she essays the latter’s sister. One may recall that the actress had earlier opted out of Mani Ratnam’s magnum Ponniyin Selvan citing the same reason of date clash with Rajini film.

The film makers released a statement to clarify that everything was sorted out amicably between them and the star. “After shooting for a day, we and Keerthy both felt that she looked too young as she had lost a lot of weight since being signed for the film, to authentically portray the role of a mother as has been written in the script. And our director Amit Ravindernath Sharma, who wants to stay true to his script, did not want this to come in the way. That’s the reason we parted ways,” the statement read. “Keerthy and the makers came to an amicable decision of her not being a part of the film and to collaborate in the future.”  Bollywood is not new to Priya Mani as the national award winner has acted in Mani Ratnam's Raavan, Suriya's Rakta Charitra and few more and forayed into a multiple language web series titled The Family Man.