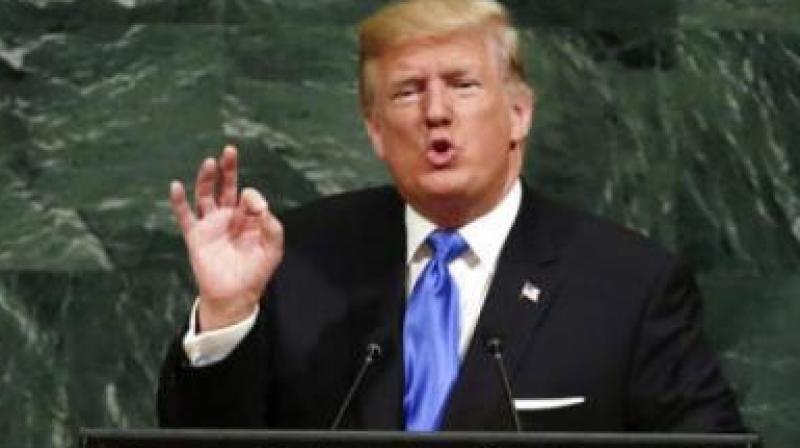 Rottinghaus and Vaughn said that Trump's position could greatly increase by the next poll, which will be published in 2022.

A new poll reveals that Donald Trump has been ranked the worst president in history - behind a man who failed to acknowledge slavery as the United States descended into the Civil War and a Commander in Chief who died a month after taking office.

The survey, which is taken every four years by 170 of APSA's presidential experts, put Abraham Lincoln and George Washington at the top of the list.

Shockingly, Trump ranked last in the poll, despite only being a year into his four-year presidency.

The survey was conducted by political science professors Brandon Rottinghaus and Justin Vaughn who published the results of the poll in the New York Times on Monday. The survey asked political science majors to rank each of the last 44 presidents on a 'greatness' scale from one to 100 where Trump received a score of 12.

James Buchanan and William Harrison are marginally above Trump. The two have long been considered America's worst presidents.

Buchanan, the country's 15th president, has been criticized for failing to address slavery as the divided United States was on the brink of the Civil War while Ninth US president Harrison died 31 days after taking office following the longest inauguration speech in history.

At the time of his death, it was reported that he died of pneumonia after refusing to wear a coat during his two-hour inauguration speech.

However, a 2014 medical analysis suggested Harrison actually died of septic shock due to the White House's water supply being downstream from public sewage.

Rottinghaus and Vaughn said that Trump's position could greatly increase by the next poll, which will be published in 2022.

Barack Obama is ranked 18th in 2014's survey, but after leaving office he rocketed into the top ten and is now considered the eighth greatest president, according to ASPA experts.

Bill Clinton and Andrew Jackson fell from their top-ten spots, likely because of changing attitudes toward Clinton's treatment of women and Jackson's handling of the Trail of Tears, which saw thousands of Native Americans removed from their homes in the 1800s.

The pair managed to stay in the top 15, however, with Clinton at 13th greatest and Jackson at 15th.