The state government has decided to give a monthly allowance of around Rs 2,000 to every unemployed youth till they find a job. 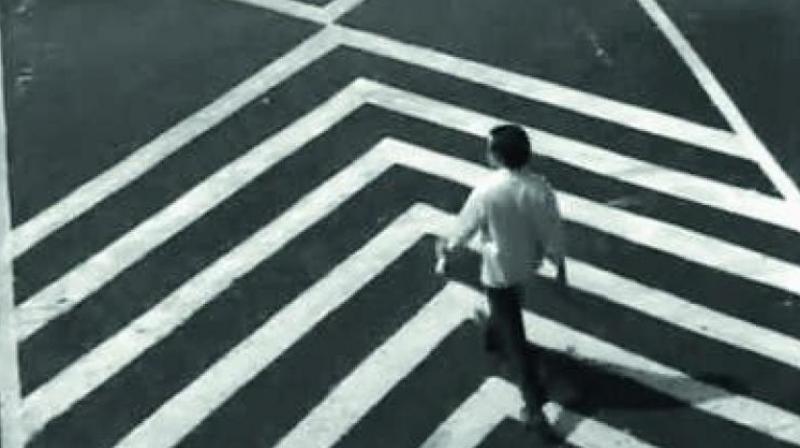 A still from Pratidwandi (The Adversary), a Satyajit Ray classic that looked at the socio-political crisis including unemployment of 1970’s Kolkata (Picture for representational purposes only)

With unemployment increasingly becoming an urgent issue in the country, the Andhra Pradesh government has found a way to tackle the problem. The state government has decided to give a monthly allowance of around Rs 2,000 to every unemployed youth till they find a job. This was a part of Telugu Desam Party’s 2014 election manifesto to ensure at least one job for each family in the state and a financial assistance of Rs 1,000 to Rs 2,000 to unemployed youth.

We talk to commentators, socially sound celebrities and rights activists on what they think of the move, should the Centre be taking this up instead of the state governments, and if plans like these will really solve the unemployment problem in the country or will it make the youth lazier.

‘The proposal of Rs 2,000 will not really lower the unemployment’
I think it’s a great move, more and more people in the West are thinking of an universal income. We are facing a decade where unemployment is unlikely to go down, we are seeing this roughly in the IT industry. It is important to support the unemployed, to give them some kind of base. One way to enforce this would be through this. Usually, the Union government takes the step, but it’s a good step of the state government. However, there might be a problem in Andhra Pradesh. The state government aims to distribute the money to its locals, but it might not give the Rs 2,000 to those that have come from outside the state looking for jobs within the state. It might cause discrimination among the people. Especially, in Telangana and Andhra Pradesh, where the split between who is from where is very minute. I don’t think the modest proposal of Rs 2,000 will not really lower the unemployment, but it will give them some support to find a job. It does not substitute a full-time job, Rs 2,000 is lower than the poverty line limit in European countries and it is difficult to survive with this amount of money in a metropolitan.
- Aakar Patel, columnist

‘This is one good step’
If the financial assistance is provided without any loopholes, corruption or any gender bias, then it is a great thing. India’s population is a very complex one. There are so many different types of communities that need assistance from the government — physically and mentally challenged people, marginalised women and many others. The reason why other countries are developing a lot quicker is because they have easy access to many basic amenities which we lack. This is one good step towards that. The question of whether it will make people lazy is something we can’t afford to think about now, really. The youth needs a good push, and it’s the government’s duty to provide it.
- Kutti Revathi, Poet and Social Activist

‘This move might motivate other states’
This is a welcome move by the state government of Andhra Pradesh but there should be a stringent method to implement it. The government must make sure that they keep a tab on the youth not misusing the money. Government should make sure that the youth immediately informs them as soon as they get a job. Also, this move might motivate other states as well to take up such an initiative, so that the youth is encouraged to step out of their houses and look for work. However, Rs 2,000 is a very less amount. One can’t even rent a proper accommodation in this amount. A little more amount would have encouraged the youth more effectively.
- Sumit Vohra, education activist

‘The idea of having unemployment benefits is a little controversial’
The idea of having unemployment benefits is a little controversial. There are two things that we need to consider here. First of all, the benefit that the government is proposing is between Rs 1,000 to  Rs 2,000 and it is only for one person in a family. And, it isn’t an income that people can live comfortably with. In fact, I am not sure if it is an income people can survive on; especially if it is for an entire household. So it is sufficiently low, enough to still push people to look for a job. But, it is incentive for the government to ensure that there are more job opportunities created in the state. To my understanding, the government has allocated about 500 crores and they are planning on beefing it up to about 1000 crores. A thousand crores is a big penalty on the government’s finances. And, if the payout starts increasing I think it starts becoming a sufficient enough disincentive in such a way that the government is forced to start looking for two things. One is to impart skill training on the unemployed youth. And the second thing is that it also forces them to look for or rather make the state a lot more viable for new investment. So I think it works both ways. It’s a good first step. And I think it will also be a good experiment to see whether it forces both the unemployed as well as the government to work together to improve the situation in Andhra Pradesh.
- Varun Hemachandran, Environmentalist and writer

‘Some of the aggregate amount won’t even reach the beneficiaries’
What good does Rs 2,000 do? Pretty little to the family itself. And, to be sure, some of the aggregate amount allotted probably won’t even reach the intended beneficiaries. This is typical of all benefit schemes in India. Whether the state government does it or the central government, the total amount in the budget is sure to be huge. What jobs are the governments looking to provide? If the government is serious of ensuring everyone is gainfully employed, there is much work that needs to be done to fundamentally change the Indian society. Among other things, our education system needs a complete overhaul if we are to have employable youth. We need to impart skills that are relevant to the youth in their own environments to make them useful. There is little we are doing to make this happen. We churn out literate youth who are useless by themselves. Basic — and good — primary education needs to be truly universal. This is an absolute prerequisite for a long-term solution. We are too lazy to do this. Employment gets generated by enterprises. Despite promises by repeated governments, we remain the most difficult place to do business. Our governments won’t address fundamental problems but will go for easy give-aways that get votes.
- Ajay Gandhi, Founder Trustee, Manthan