The less glamorous side of Cannes Film Festival: Environmental hazard 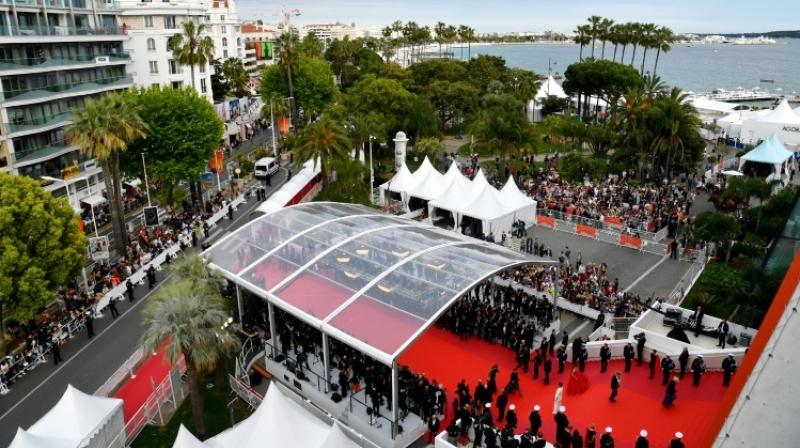 Offshore, the fireworks fired on the yachts that close the festivities generate pollution of fine particles with elements that fall into the sea and cause light pollution that disturb the seabirds. (Photo: AFP)

"There is probably a lot of progress to be made on the organisation of the festival to make it more ecological," commented Friday during his visit to Cannes pro-climate activist and director Cyril Dion by launching an appeal to the world of cinema in an act in the face of the environmental crisis.

For twelve days, the city that receives filmmakers from around the world shines brightly, but for the Association for the Defense of the Environment and Nature (ADEN) behind the scenes is less bright and the event " out of the ordinary "is accompanied by pollution just as disproportionate.

"During the festival, the population triples, but all these people move." The professionals and artists come by plane to the airport of Cannes and Nice, a noria of cars often preceded by bikers all screaming sirens lead them to the hotels in order to 'avoid the traffic jams, huge yachts in the bay are forced to run their engines all day to get electricity ...', says the president of the association Geneviève Huchet.

The red carpet is changed three to four times a day, the glossy flyers distributed to festival-goers are innumerable and sometimes fly away in the sea, still points the activist Cannes, deploring "a frenetic consumption". In 2015 (last known figure), the festival generated 1,900 tons of additional waste, according to the association.

If ordinary festival-goers are singled out, the many celebrities who parade on the Croisette are on the front line. "We precede the requests of stars, we will imagine their desire and order heaps of flowers, possibly change, at the request of relatives, the decoration of the suite, imagine what they would like to eat even if it will not always be consumed and then thrown, "says Ms Huchet.

Offshore, the fireworks fired on the yachts that close the festivities generate pollution of fine particles with elements that fall into the sea and cause light pollution that disturb the seabirds, says the association.

But more than anything, it's the incessant ballet of the jets, which starts with the festival and continues throughout the summer, which exasperates the inhabitants close to the airport. The airport of Cannes, located in the city, registered in 2018 1,700 movements (landings and takeoffs) of business jets during the month of May, 54 per day, against 1,000 the previous month and more than 2,000 in full summer, according to airport figures obtained by AFP.

The noise level can exceed 80 decibels for aircraft that have the noisiest turbochargers while the ambient noise, excluding aeronautical events, is less than 50 decibels, says the Association for the defence against noise pollution (ADNA).

"The stars are very good, but with their noisy jets, they rot our lives, we cannot live the windows open during this period", annoyed Albert Dauphin, its president. Worse, he laments, people have to get used to finding kerosene in their garden because of the incomplete combustion of small appliances that loop over the urban area.

"Unlike a common place I do not think there is much waste during the festival," defends the mayor LR Cannes David Lisnard. The elected, who has just launched a major advertising campaign against incivism, recalls that the red carpet is recycled material and the sea raked after each firework.

"Many stars appear as defenders of the environment, after the reality there are some paradoxes," said Mr. Lisnard refutes nonetheless lax vis-à-vis personalities. If the actor Leonardo DiCaprio, engaged for the environment and great adept of the yachts, "drained his boat in the bay of Cannes, he would take a PV like the others," assures the elected.