T. rex could not stick out its tongue: study

In most extinct dinosaurs their tongue bones are very short. 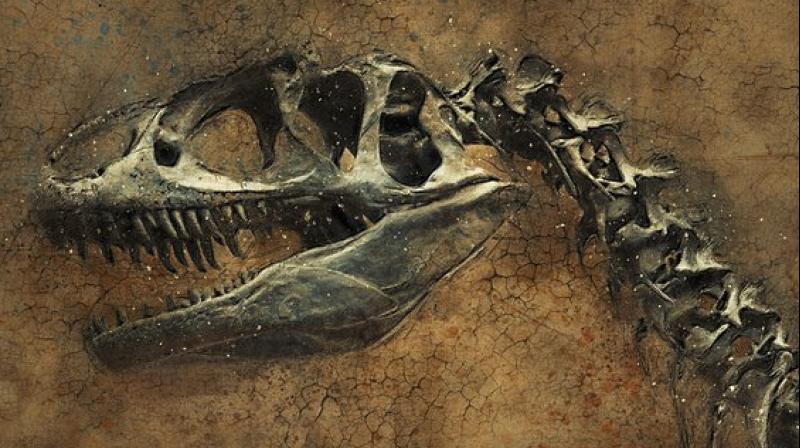 That's because the long-extinct T. rex likely had a tongue that was affixed to the bottom of its mouth. (Photo: Pixabay)

The Tyrannosaurus rex is crowned the "lizard king" of the dinosaurs, a historically fierce meat-eater often depicted lashing out its tongue. But researchers said Wednesday this would have been anatomically impossible.

That's because the long-extinct T. rex likely had a tongue that was affixed to the bottom of its mouth, much like an alligator or crocodile, said the study in the journal PLOS ONE.

"They've been reconstructed the wrong way for a long time," said co-author Julia Clarke, a professor in the school of geosciences at the University of Texas at Austin.

A team of researchers, led by the Chinese Academy of Sciences, compared the hyoid bones – a horseshoe-shaped bone between the chin and neck which anchors the tongue – of extinct dinosaurs and pterosaurs to their relatives, including modern birds like ostriches and both extinct and current-day alligator specimens.

"In most extinct dinosaurs their tongue bones are very short. And in crocodilians with similarly short hyoid bones, the tongue is totally fixed to the floor of the mouth," said Clarke.

The dexterity of a creature's tongue might also have something to do with its ability to fly or not.

While crocodiles have short hyoid bones, the bird-like flying dinosaurs known as pterosaurs and living birds have a variety of hyoid bone shapes.

Having wings – and losing the dexterity available to creatures with hands or paws – could have led to a more diverse range of movement with the tongue, according to lead author Li Zhiheng, an associate professor at the Key Laboratory of Vertebrate Evolution and Human Origins of the Chinese Academy of Sciences.

"That is one of the hypotheses that we put forward."

The fossil record haven't yet pinned down when these changes to the windpipe occurred. Also, the scientists noted one exception linking tongue diversity to flight as some plant-eating dinosaurs like triceratops had tongue bones that were highly complex and more mobile.

Further research on other anatomical changes that occurred with shifts in tongue function could help improve our knowledge of the evolution of birds, Clarke said.