Spain now has wine aged under the seabed

When the winemaker wore a wet suit: Spain's $100 subsea tipple 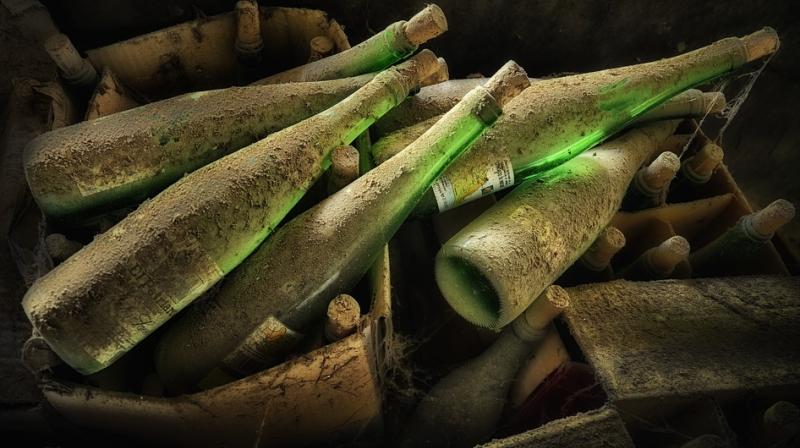 The bottles, which retail for between $60 and $100 each, often come with ocean debris attached, so you’re just as likely to be pulling barnacles off the label as popping the cork. (Photo: Representational/Pixabay)

Bay of Plentzia: For many discerning drinkers, the walk down stone steps into a cool, dark cellar is an essential part of visiting a winery, but with one Spanish winemaker such an inspection is more likely to involve an oxygen tank and flippers.

Crusoe Treasure’s cellar is situated 25 kilometres (15 miles) from the northern city of Bilbao - and 20 metres (65 feet) under the picturesque Bay of Plentzia.

Aged for up to 18 months on the sea bed, its reds and whites are made with tempranillo and other classic Spanish grape varieties. Under the increased atmospheric pressure, darkness, and even temperature of their marine environment, they turn unusually soft, says the firm’s founder Borja Saracho.

The bottles, which retail for between $60 and $100 each, often come with ocean debris attached, so you’re just as likely to be pulling barnacles off the label as popping the cork.

“They can taste slightly disconcerting at first, because you don’t associate them with an appellation, or known reference, but they maintain the characteristics of the type of grape, and above all they are silky,” says the founder of the winery Borja Saracho.

The government granted the firm 500 square metres of sea bed to age thousands of bottles in cages within concrete structures that also act as an artificial reef to help sustain marine wildlife.

The method is inspired by tales of champagne rescued from shipwrecks after hundreds of years underwater - and praised for its unique characteristics by those who have drunk it.