All work and no play

The second most significant barrier cited was office politics, according to 39.17 per cent respondents. 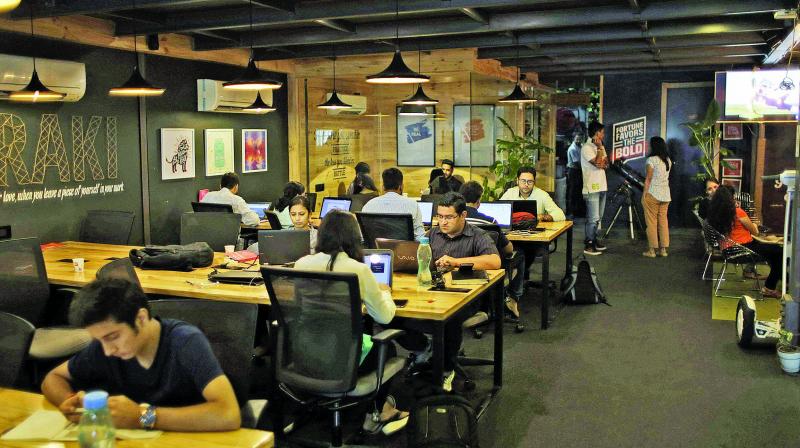 Life coach Khyati Birla points out that the millennial generation is very short sighted and aren’t used to working hard.

In a traditional workplace, several things are ailing the millennial employees that keeps them from performing their best. But the number one factor is excessive workload.  According to a recent survey carried out by the Harvard Business Review Ascend, 40.33 percent of respondents said that their biggest barrier to performing more efficiently at the workplace is excessive workload.

The second most significant barrier cited was office politics, according to 39.17 per cent respondents. Approximately 1,700 people aged between 18 and 34 were surveyed to understand the challenges faced by the young Indian workforce and the essential critical skills required in today’s dynamic workplaces. Does this mean that the good old work-life balance is elusive to the millennial worker?

Kashish Chabbria, life coach, says that the ever-increasing work pressure is a fact and can’t be escaped. But there is more than one aspect that comes into play. “I am not going to deny the fact that the work pressure on the youth is immense, but there is always a way out,” she says, adding that even if the work-life equilibrium’s hard to attain, it isn’t impossible.

Life coach Khyati Birla points out that the millennial generation is very short sighted and aren’t used to working hard. “In this case, it is beneficial for them to take up goal-oriented projects. This will ensure that once the goal is achieved, they are more likely to feel happier and content with themselves,” she says. And this isn’t even new. “It is quite a lifestyle change and is even adopted and promoted by several international companies — young people work for a couple of months and then go on a break for a while. These frequent breaks enable the employees to come back to work with accentuated creativity,” she points out.

Both suggest that there is more to this than just the millennials making changes on the personal front — employers can adapt to new and different measures as well. Khyati suggests that companies can begin with understanding how their young work force functions best. “The millennials have essential characteristics. They don’t like being micromanaged, and they seek appreciation more than monetary benefits (of course, no one would deny financial advantages, but being content is also their priority). Also, they look for dynamic leadership,” she says.

Kashish suggests that employers should ensure that their office provides its employees with these relaxation corners. “Unwinding can help a lot. Making sure that every employee is mentally healthy and happy will create a win-win situation — for both the employee and the employer,” she concludes.