Xanda, a six-year-old lion was killed on July 7 in northwest Zimbabwe. 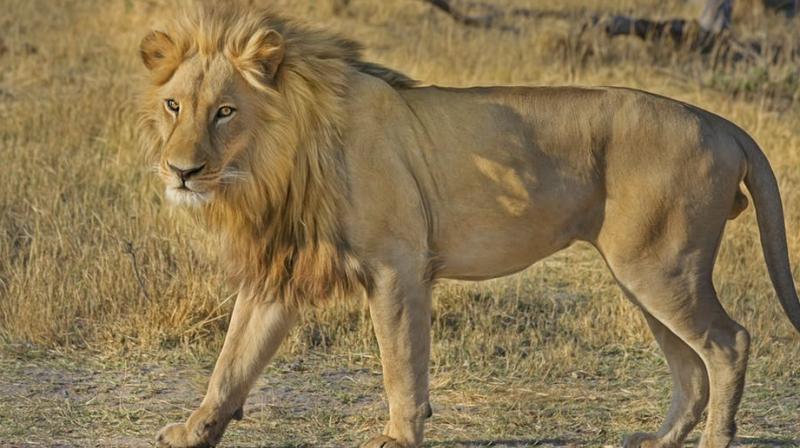 Johannesburg: A trophy hunter in Zimbabwe has shot dead a cub of Cecil the lion whose death in 2015 caused worldwide outrage, researchers tracking the pride confirmed Friday.

Xanda, a six-year-old lion fitted with a radio collar, was killed on July 7 in northwest Zimbabwe, close to where US dentist Walter Palmer shot Cecil with a high-powered bow and arrow two years ago.

"Xanda was shot by a trophy hunter on a legally sanctioned hunt in a hunting area outside Hwange National Park," Andrew Loveridge from Oxford University's zoology department told AFP. "As researchers we are saddened to lose a well-known study animal we have monitored since birth."

In 2015, Cecil's killing triggered fierce controversy as he was a popular attraction for visitors to the famed Hwange National Park. Both Cecil and Xanda wore electronic GPS tracking collars in a project run by Oxford University's wildlife conservation research unit. But they had strayed out of the park boundaries and into a legal hunting area.

The trophy hunter has not been named, but many hunters are from the United States or South Africa, paying tens of thousands of dollars for the opportunity to kill lions and other wild animals. Pro-hunt groups say hunting provides an essential economic incentive to promote long-term conservation and that the income pays to safeguard wildlife and catch poachers.

Britain's Daily Telegraph newspaper named the hunt's professional expedition leader as Zimbabwean Richard Cooke, and said that the hunt was legal as Xanda was six years old. It added that Cooke had handed in the collar after discovering it on the dead animal, who was the head of the pride with two lionesses and several cubs.

Palmer, who shot Cecil, a 13-year-old male, was hounded on social media and went into hiding after demonstrations outside his dental practice. He was reported to have paid $55,000 for the hunt. No charges were brought against Palmer or the local guide as the hunt was also found to be legal.

Scientists, who say that Hwange has a healthy population of about 550 lions, are pushing for a 5-km hunting exclusion zone to protect lions who wander outside the park's boundaries. Cecil had at least 12 surviving cubs in 2016, according to the Oxford research project.