After a pub in Gurugram announces a ‘female-friendly’ version, we ask Delhi’s women what they feel about it. 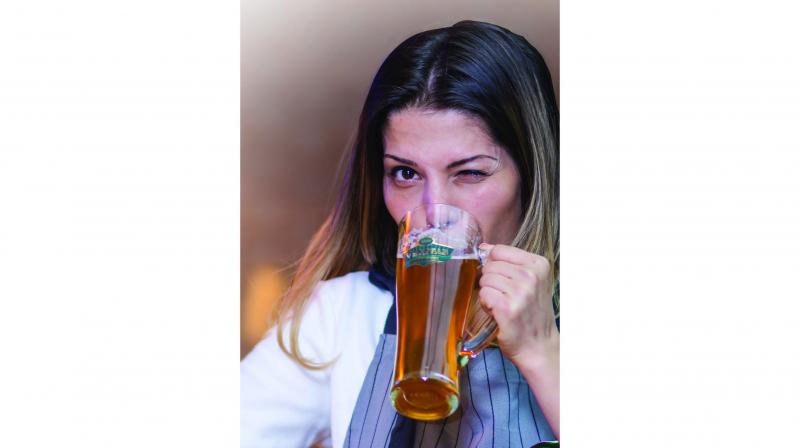 Beer is considered the millennial’s choice of liquor. Women these days are choosing pints over wine or spirits.

Beer is considered the millennial’s choice of liquor. Women these days are choosing pints over wine or spirits. But, according to a pub in Gurugram, beer is too ‘bitter and strong’ for its female clientele. Therefore, it has come up with ‘India’s first female beer.’

Ardor 29, a pub in Gurugram, announced this sweet, mild concoction on their official Facebook page in a post that claimed women “generally don’t like” bitter beer and that is why the pub introduced this new women-friendly beer that is “sweet and super smooth”. Immediately, people took to social media to express their discontentment with the product, prompting the place to delete their Facebook post. We asked five women to give their opinions on the situation.

“Gone are the days when beer was called a man’s drink ’cause it’s bitter and strong, ’cause now we have beer cocktails that are perf for the pretty ladies too!” reads another section of the deleted post.

Sejal Sharma, who works in a corporate firm, feels, “This is absolutely ridiculous. Women have been drinking run-of-the-mill beers since time immemorial. Why do we need separate beers? This is extremely sexist!”

Malvika Sharma, a Gurugram resident, shares her view, “Anyone, whether a women or a man, should know how to handle their dinks. But a statement like this is sexist and annoying.”

“This is just another case of mansplaining. I mean, this can only be a man’s brain that’s thinking something so stupid,” shares Ridham Gambhir.

“This is a very strange way of telling us that we cannot consume everything, and restricting us to only a type of drink that they think is suitable for us. Alcohol is gender neutral,” says Smriti Sabbarwal.

However, Ardor 29 issued a statement, which read, “This is the brainchild of MR Suveett Kalra, owner of Ardor 29, together with our team of master mixologists. Again, the idea was to bring a beer cocktail (which is 90% beer) but tastes sweet and smooth and is an easy entrant for the women who don’t like ‘bitter’ drinks.”

Before the product was launched, the pub had blindfolded 20 women and asked them to taste the beer. All except one liked its taste. “The lady who disagreed also termed this as too feminine and hence originated ‘Summer Beer - India’s First Female beer’” the statement further states.