It is alleged that the Russian man had committed the act of bestiality before realizing that entire thing was being filmed on CCTV camera. 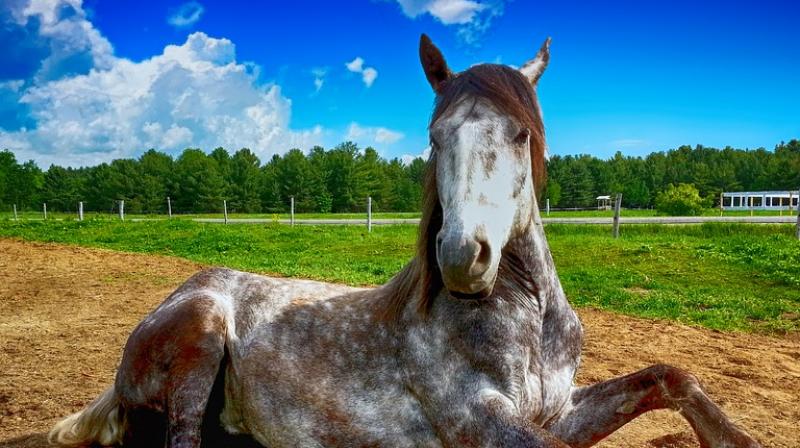 Camera footage showed the man apparently mounting the unsuspecting animal, which was trapped between two fences in a field beside the stables. (Photo: Pixabay)

A Russian stable worker was caught by CCTV camera having sex with a horse and then burning down its stables in an attempt to hide his act of bestiality.

Camera footage showed the man apparently mounting the unsuspecting animal, which was trapped between two fences in a field beside the stables.

It is alleged that the man had committed the act of bestiality before realizing that the entire thing was being filmed on a CCTV camera.

The stable worker is accused of attempting to destroy all evidence by setting fire to the stables in the village of Urshakbashkaramily in south-central Russia's Republic of Bashkorkostan region.

His plan, apparently, backfired after police were called in to investigate the suspected arson. The authorities immediately checked the CCTV cameras and found footage of him apparently mounting and raping the horse.

The man, who is believed to have a girlfriend, could be seen approaching one of the animals from behind and pulling down his trousers.

The man then appears to begin having sex with the horse, holding the fence to keep his balance.

It is unclear whether the girlfriend is standing by him after the revelation of his deviant interests.

Social media users were shocked by the images with one saying, “It is a shame that the horse did not hit kick him between his legs after what he had done to it.” Another called “Drakula007” added, “I bet this dude no longer has a girlfriend.”

Most recently, another case was registered in Powai, Mumbai of a man raping a stray.

These cases just go on to reaffirm the fact that animal abuse exists, even if we choose to look away