Video: A dog's touching bond with a dolphin

The dog called ben has other friends but a dolphin named Duggie is his closest friends. 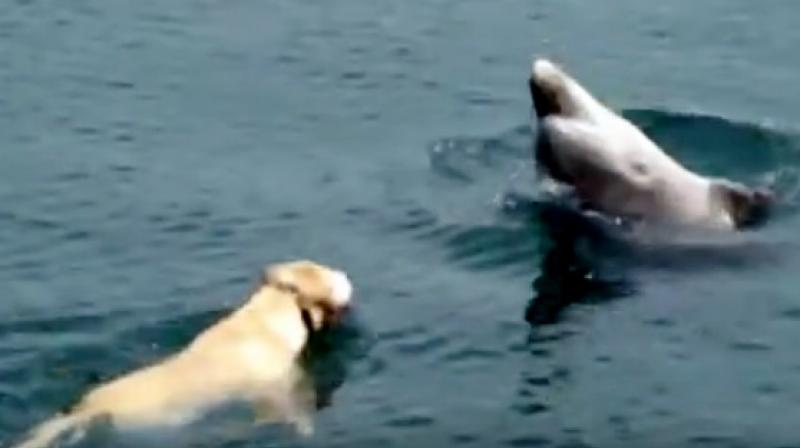 In a cynical world plagued with conflict and tensions across the world, there are few who set an example for humanity by displaying extraordinary camaraderie despite their differences, and come across as a ray of hope.

While Dolphins are the friendliest creatures on earth, dogs are known to be the most loyal companions, and as the world is getting over the heartbreaking picture of a penguin losing his companion, a canine and his marine pal are spreading a beautiful message of friendship.

A video features a heart-warming bond between Ben the dog and his friend Duggie the Dolphin. The video shows the duo swimming together as Duggie blows bubble playfully to tease Ben.

While swimming is normal for the Dolphin, Ben pushes his limits a lot to swim for hours at a stretch in order to spend time with his friend. The most interesting part is that Ben always knows Duggie is approaching the shore, and no one knows how.

Ben has many human and dog pals, but Duggie is his closest friend.