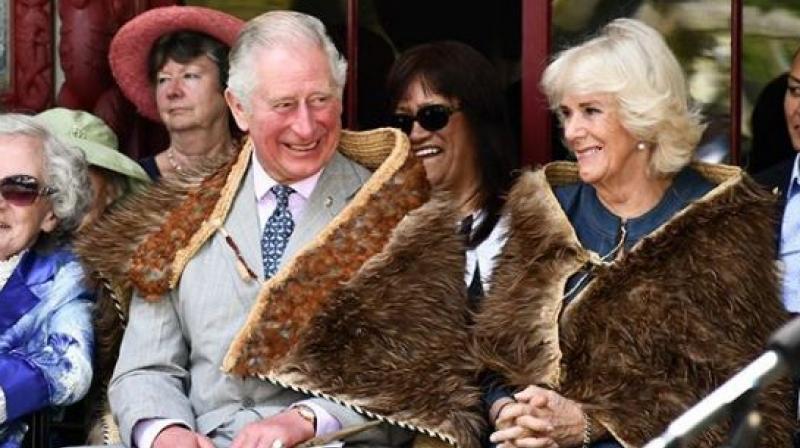 Taituha’s ancestors were among the 40 Māori leaders who signed the Treaty of Waitangi with representatives of Prince Charles’s great-great-great grandmother, Queen Victoria, at the site in 1840. (Photo: Instagram)

Wellington: For Ngati Kawa Taituha, the welcoming of Prince Charles onto the Waitangi Treaty Grounds in New Zealand’s far north on Wednesday marks the latest step towards finally fulfilling the promise of New Zealand’s founding document.

Taituha’s ancestors were among the 40 Māori leaders who signed the Treaty of Waitangi with representatives of Prince Charles’s great-great-great grandmother, Queen Victoria, at the site in 1840. Hundreds more chiefs around the country signed soon after.

The Treaty guaranteed widespread rights to the indigenous tribes, known as iwi, but was often ignored in the decades that followed. Different versions of the document sparked long-running debates over what was intended by the agreement.

Only now, after years of fighting for redresses of historic breaches was the Treaty finally beginning to be widely recognised as a core part of modern New Zealand life, said Taituha, who is the cultural ambassador of the Waitangi Treaty Grounds.

“There’s a huge shift occurring in Aotearoa (New Zealand) at the moment which is causing a reawakening within the hearts, minds and souls of our people. The time feels right,” he told Reuters of Charles’s visit.

Renewed interest in grappling with New Zealand’s history and learning Māori language, and a surge in visitors to Waitangi in recent years suggested a shift in recognition of Māori culture and the Treaty, Taituha said, which he hoped would lead to greater power sharing and deeper relationships between Māori and non-Māori.

“The momentum is massive at the moment, there’s a huge shift going on,” Taituha said.

Historians say compared to many other countries with a history of colonisation, the Treaty of Waitangi set up a relatively progressive framework between indigenous people and those who settled there.

The Treaty guarantees Māori possession of their land and rights to resources such as fisheries. Courts have ruled it requires the government to actively consult with Māori and protect their interests.

However, until the late 20th century, the spirit of the document was often ignored, at times violently. Māori, who now account for about 16% of New Zealand’s population, were dispossessed of much of their land, including through a series of wars fought in the decades after the Treaty was signed.

Government policies also eroded cultural rights, with Māori children barred from speaking their language in schools, and often beaten for doing so.

A restitution process drawing on the Treaty has restored some rights and assets, so far paying out around NZ$2 billion ($1.28 billion) in settlements to iwi, though that represented a fraction of the value of land taken from them.

Many Māori say those measures have not gone far enough.

Without their ancestral lands, with which people are spiritually connected in the Māori world, and with the erosion of many cultural rights, Māori families are still disproportionately affected by a raft of social problems from imprisonment to homelessness.