‘I always wanted to get an award from the President’

Alisha Abdullah told us after being honoured with ‘First Ladies’ award in the capital. 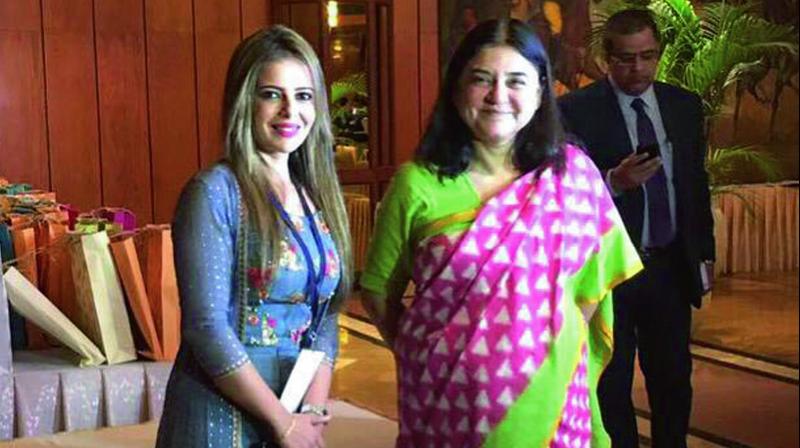 More than 110 women from across the country assembled in the capital to share their unique journey towards breaking the glass ceiling and being pioneers in their respective field. President Ram Nath Kovind and the Minister of Women and Child Development, Maneka Sanjay Gandhi felicitated these women achievers, being addressed as ‘First Ladies’. Among the many inspirational women was racer Alisha Abdullah, who shared how joyous she was in a brief chat with us.

Alisha received the honour for being the ‘First Lady’, who embarked in the field of motorsports. She is known to support and encourage women to enter in this field. She believes in proving that the females can also beat their male counterparts on the racing tracks. On receiving the award, she said, “It is the biggest and most prestigious award that I have ever received. It was my dream to get an award from President of India, but never thought it will happen so soon. This is an emotional moment for me and I am glad that this title belongs to me in the field of motorsports,” and added, “Every one of us was overwhelmed to visit the  Rashtrapati Bhavan. We were shown the complete house.”

On the occasion she had brief interactions will the other winners. “All the ladies had some great interaction at the venue. Maneka Gandhi ji was highly impressed with my profile and the Ram Nath ji gave me best wishes for future. It was an indeed a pleasure to get the award along with former beauty queen and noted actress Aishwarya Rai Bachchan.”

Asked how the award will motivate her to do well in her field, she said, “In sports, you go low sometimes and you are not always at your peak. It is really overwhelming when such important dignitaries know you well for your achievements. This thing motivated me a lot and now I have to push myself more in my coming racing season in February.”