Woman chases eve teasers and fights back in viral video

The woman can be seen chasing the van on a cycle and teaching the cat callers a lesson. 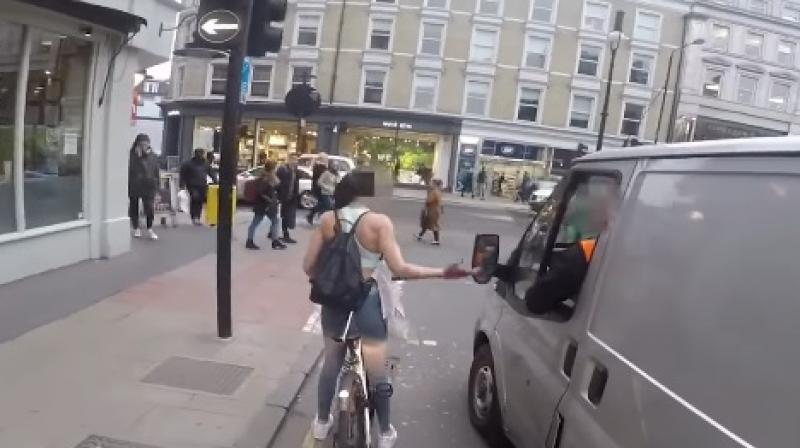 London: The ghastly mass molestation of women in streets of Bengaluru on New Year's eve brought attention to a plight that women have to suffer globally as they are subjected to cat calling as well as eve teasing and molestation on public transport on a daily basis.

In such a situation, it becomes imperative to fight back against such individuals and the patriarchal attitude of society which emboldens these elements. A woman in London did just that when men in a van were pestering her at a signal.

When she asked them to leave and hit the van’s wing mirror, the men passed comments like, "That's not very ladylike, is it?" and asked if she was menstruating. The woman on a bicycle chases the van as it drives off and can be seen taking her revenge.

The video has gone viral with lakhs of views in a matter of hours.