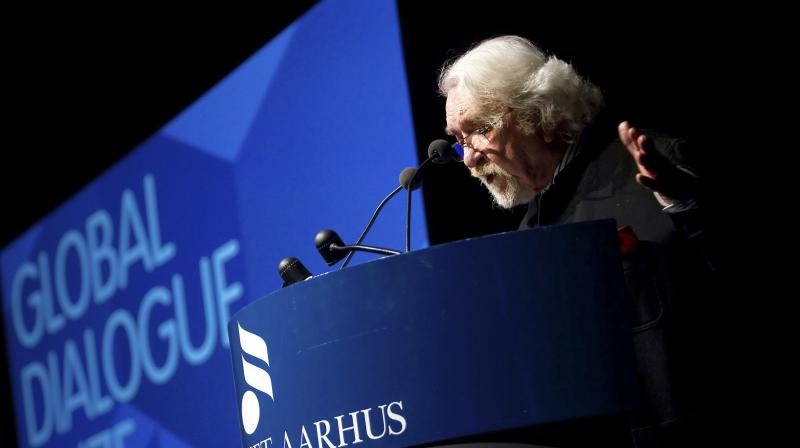 Despite having fled Iran following its 1979 Islamic Revolution, Shayegan had returned in recent years to live out his final days at home. (Photo: AP)

Tehran: Famed Iranian philosopher Dariush Shayegan, who challenged Western domination of philosophical thought and wrote the book "Cultural Schizophrenia" on the Muslim world and modernity, died on Thursday. He was 83.

Shayegan's ideas on how civilizations communicate with each other, equally embraced by former Iranian President Mohammad Khatami, earned the intellectual the 2009 Global Dialogue Prize in Denmark.

Despite having fled Iran following its 1979 Islamic Revolution, Shayegan had returned in recent years to live out his final days at home. Yet he never shied away from offering his opinions on a changing society within Iran.

"I think that Persian society, on the whole, is in a post-Islamic situation already," Shayegan told London's Financial Times newspaper in 2015. "The young generation has accepted the reality of plural identities. When I talk to them, they say, 'We are Western and we are Persian.'"

The state-run IRNA news agency said on Thursday that Shayegan spent nearly two months at a Tehran hospital after suffering a stroke in January.

Born to a Georgian mother and Iranian merchant father in 1935, Shayegan received his doctorate from Sorbonne University in Paris in the 1960s. He once worked as a philosophy professor focused on Indian religions and Sanskrit.

He began studying how civilizations and cultures interact with each other while Iran remained under the rule of Shah Mohammad Reza Pahlavi.

After the 1979 revolution, Shayegan fled to Paris, where he wrote a number of books in French.

He won the French ADELF award presented by the Association of French Authors in 2004 for his French novel "Land of Mirage."

"I am not a philosopher, I am a free thinker," Shayegan notably described himself in 2016.

Shayegan's ideas about cross-civilization communication appeared to be embraced by Iran's Khatami, a reformist who served as president from 1997 to 2005. Both challenged American political scientist Samuel P. Huntington's idea that cultural and religious identities would lead to a "clash of civilizations."

However, the intellectual Shayegan maintained a sense of humor and grace. He also told the Financial Times: "Tolerance is accepting the other and taming your ego."

He is survived by his son Rahim Shayegan, a Harvard-educated professor of history at UCLA.