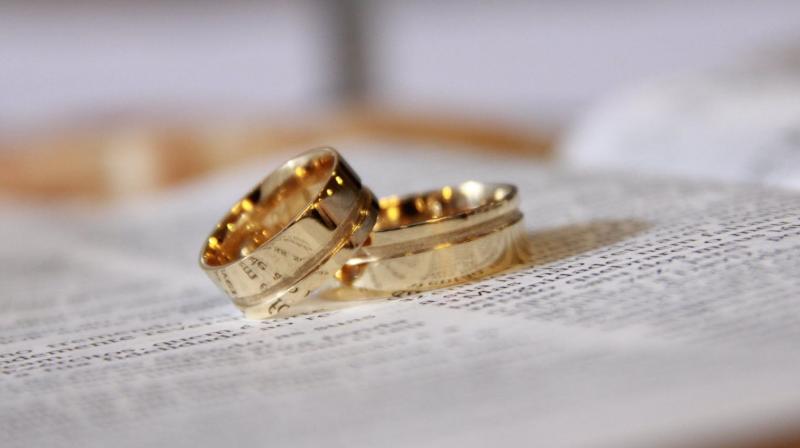 BODELWYDDAN, Wales: When Britain’s Prince Harry marries Meghan Markle in May he will be following a royal tradition started nearly 100 years ago of using a wedding band of Welsh gold.

His great-grandmother, Queen Elizabeth the Queen Mother, was the first to use gold from Wales in her ring when, as Elizabeth Bowes Lyon, she married the future King George VI in 1923.

Her example was followed by the current Queen Elizabeth when she married Prince Philip in 1947 and then by royals through to Prince William’s wedding to Catherine Middleton in 2011.

For Markle’s wedding, the rare gold ring with the Welsh dragon stamp will probably be made by jeweler Wartski at their London workshop, said Ben Roberts, managing director of Clogau which has provided gold for the royal family for more than a century.

Roberts said he thought the ring would be a light shade of gold to match Markle’s engagement ring, which was designed by Prince Harry and features three diamonds.

“Looking at her engagement ring, it will probably have to match, so it will probably be yellow,” he told Reuters, rather than the distinctive rose-gold commonly used in the company’s jewellery designs.

In 1981, Clogau gave the queen an ingot of Welsh gold from one of its two mines, Clogau St David’s, to make the wedding rings of future royal brides.

The 24-carat Welsh gold has a higher percentage of pure gold than standard 18-carat gold, giving it a rich, warm color.

The company’s two mines, both in Bontddu, northwest Wales, are currently closed, having last operated in the late 1990s. As finite gold resources are running out, Roberts has plans to reopen Gwynfynydd in the near future and invite the queen’s son and heir Prince Charles to visit the mine.