The proponent of pothole art 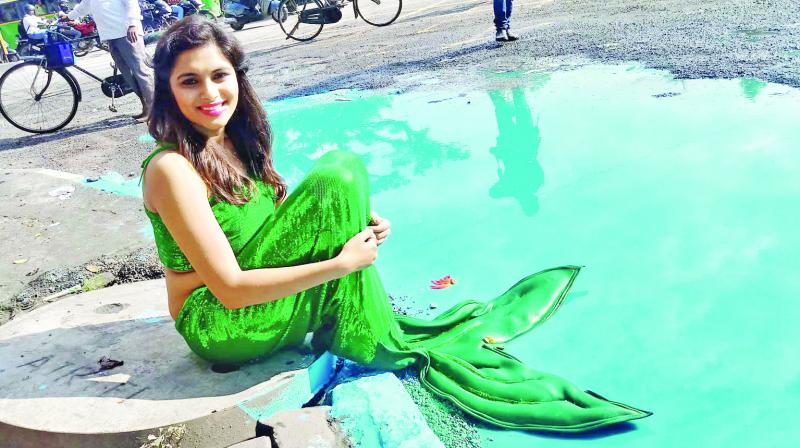 Actor Sonu Gowda as a mermaid

There are vehicles honking, screeching. Baadal Nanjundaswamy’s voice is barely audible. But it seems apt that the sounds of the road are in the background. Baadal has quite a connection with the roads of Mysuru and Bengaluru, one his birthplace, the other where he moved for work. It is on these roads that he first kept hoardings and then drew and installed such beautiful artworks that the authorities were forced to listen to his silent message: fix the roads. Potholes and dangerous road dividers were fixed in no time — at least 50 of them, Baadal thinks. He gives an interview two days after coming to Thiruvananthapuram for an art display at the College of Engineering.

“It was for Dhwani, their cultural fest. I painted a mural on a wall,” the graffiti artist says. He didn’t see any potholes in Thiruvananthapuram or he would have taken to the streets and made a painting. The paintings could be around it, or sometimes it could be a concept. Baadal’s most famous work that went viral was his crocodile installation in a 12-feet-long pothole in North Bengaluru. The one-month old pothole was fixed the next day. 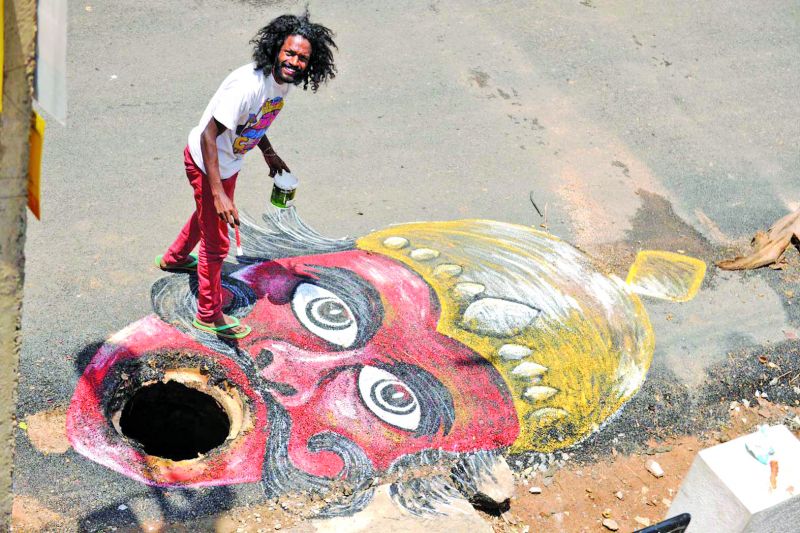 Baadal with a painting around a pothole

No one questions Baadal about his artworks, except once when a few followers of a corporate shouted at him. “It was at RT Nagar. I left the place without fighting and then came back later to finish the work,” he says. He realised the power of art, when as a college student in Mysuru he kept on the roads, hoardings with messages as responses to current issues. Once when the Karnataka government wanted to start a thermal plant in Mysuru, Baadal put out a hoarding against it. He didn’t want his city polluted. The plan was cancelled. 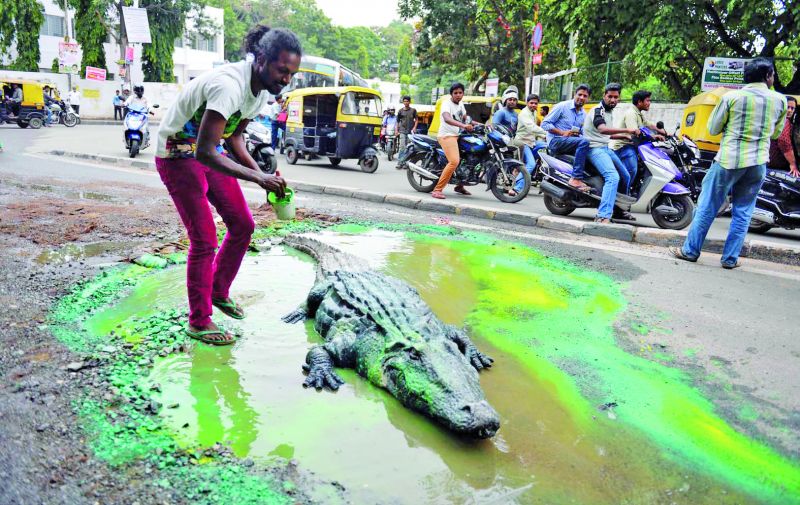 Baadal then made his first painting on the road in front of the Mysore Palace. That’s the first pothole he got fixed. A job at Ogilvy & Mather took him to Bengaluru, after finishing his fine arts graduation. There, he fell from his bike while riding on the Richmond Flyover. Baadal saw there were haphazard dividers all over and the next day, went and painted the tricolour on the road. It was a little before Independence Day, but Baadal did not land into trouble. “The situation was not so bad then. People didn’t come and talk to you about nationalism every time you raised a protest,” he says. So the divider got fixed.

Some other times it would be a concept. Twice, he took along Kannada actor Sonu Gowda to roads that needed fixing, once as a princess holding a frog (‘remember the fairytale?’) and another time as a mermaid. He would also make dirty walls beautiful with his paintings that will make you stop littering. 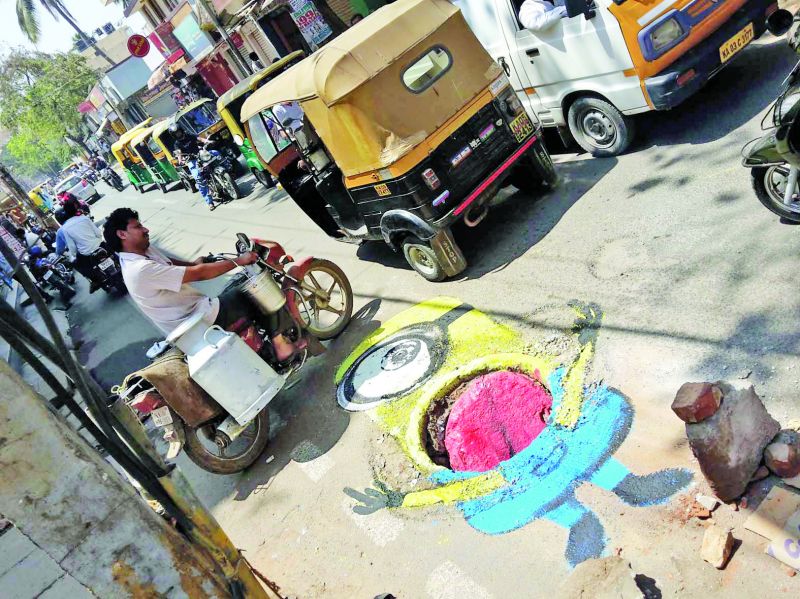 When Baadal drew a minion across a pothole

What he misses these days are his drawings in the train rides home. He’d paint passengers who passed by, train scenes and rail scenes. But then he is busy with his work as a 3D artist, where he sits on a car he painted on the road, catches a cube that appears to have slipped out of his painting. You don’t need words, really, if you are Baadal Nanjundaswamy.