Women politicians’ in India never dress OTT. They wear simple looking handloom saris, stand out in the crowd because of the power they wield. 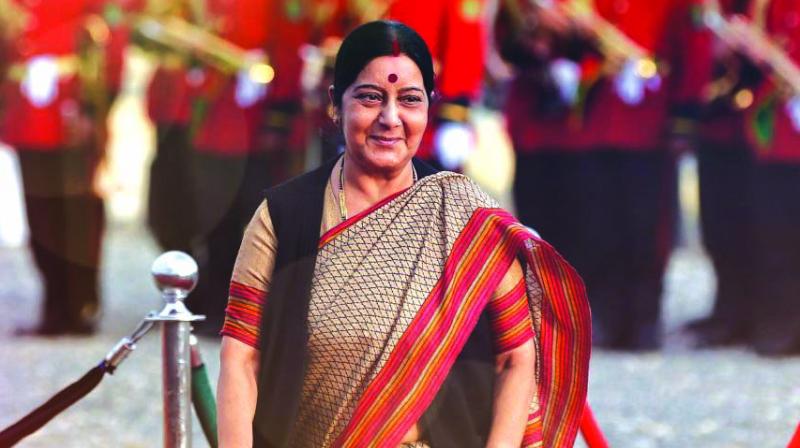 There’s something very interesting about handloom saris and political leaders in India that gets noticed every election season. While top leaders like Sonia Gandhi, Priyanka Gandhi, Smriti Irani, Mamta Banerjee, Nirmala Sitharaman and Dimple Yadav are known to wear hand-woven, classy cotton saris all through the year, during election time, they pay special attention to their attire to send across a subtle message — they are powerful, but the clothes they wear will be simple looking, Indian weaves.

During rallies and meetings, one would find them sporting signature borders, colours, and indigenous crafts. We speak to top handloom and sari experts to decode the power dressing that comes with six yards of handloom saris.

In India, most women wear saris on a day-to-day basis. When we look at politicians wearing saris from their region it not only represents the art and crafts of that place but also sends across a positive message for growth of handloom. Veteran designer Ritu Kumar, who has designed for several political families including Priyanka Gandhi, explains, “When Mamta Banerjee campaigns in a cotton sari from Santipur, she is directly highlighting the traditional weave and endorsing the craft of that place. Similarly, for Mrs Gandhi and now Priyanka Gandhi, when they wear cotton or silk (in winters) saris for public outings, it is usually picked from handloom weavers and worn by women from all parts of the country. Some of the saris in Mrs Gandhi’s collection, which is now inherited by Priyanka Gandhi, are from Indira Gandhi’s wardrobe and have been brought from handloom exhibitions and local weavers.” 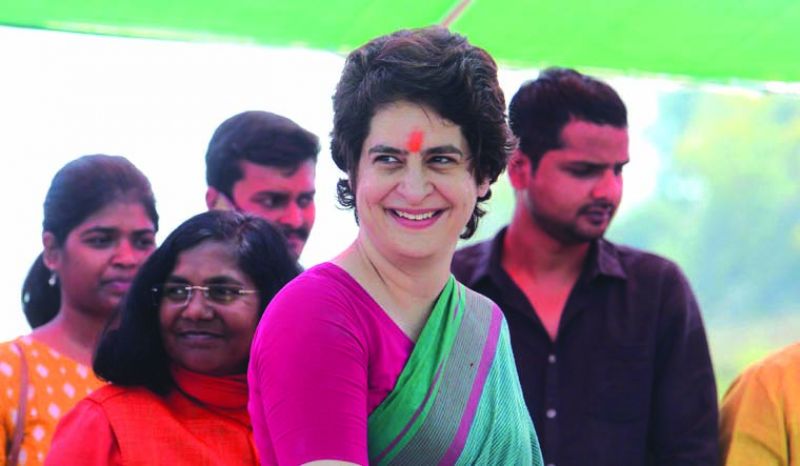 “When in doubt wear a sari, and for me, this is the most functional, comfortable and elegant drape that goes well with all body types and sizes,” remarks designer Rina Dhaka, who is known for her khadi and cotton innovations. She adds, “I have noticed some very interesting saris on Indian political leaders and they make a powerful statement wearing it. I find Sonia Gandhi as an impeccable dresser, and even our textile minister Smriti Irani has a very interesting way of wearing handloom cotton saris.

I remember working with Dimple Yadav in UP for a campaign, and she looks absolutely beautiful in her cotton saris that are pinned to perfection and covers her from top to toe.

Most of these ladies wear saris to send across an important message — they want to look relatable and appeal to all sections of voters, including the traditional ones. Their outfits showcase that they mean business, and saris are the best way to put it across.” 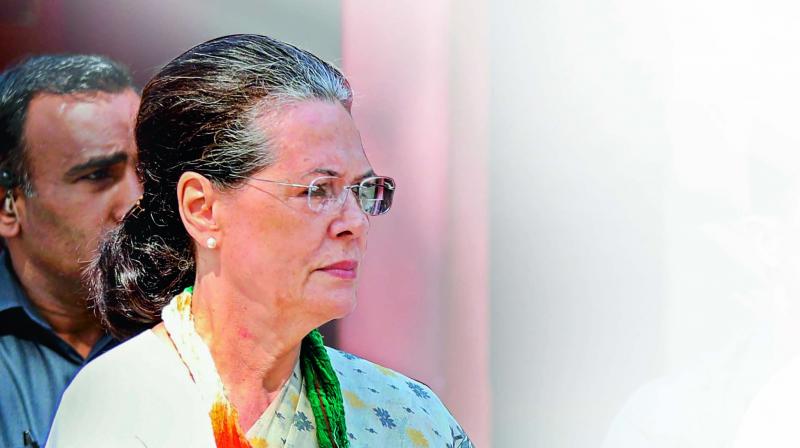 Handloom and sari revivalist, designer Smriti Morarka believes that “a sari in an Indian election campaign is as empowering to the wearer as a crisp pantsuit would be for corporate at a board room meeting — a complete outfit that displays grace, comfort, and deep-rooted ethos.” She says, “When politicians are busy campaigning, the last thing they want to worry about is what they are wearing, so in this context, a handloom sari is a perfect solution as it goes for all occasions and is very comfortable in this weather. While Indira Gandhi was the pioneer in making a strong statement with her handloom saris, this season too, I have noticed some beautiful saris on leaders like Sonia Gandhi, Supriya Sule, Smriti Irani, Sushma Swaraj (who did not participate in this election), Maneka Gandhi and Nirmala Sitharaman.”

Pointing out some similar patterns among top leaders and their choice of Indian saris, artist and designer Seema Singh of Roots Tale, says, “If you observe, most political leaders wear cotton handloom saris because it is made of natural fabric and works very well in summer. They also pay attention to the colour, and choose solid and bold shades with signature borders so that they can be spotted from a distance. For example, Priyanka Gandhi was seen wearing region specific cotton saris all across India when she was attending rallies. Similarly, Smriti Irani also participated in all campaigns across India and wore Patola in Gujarat, Ikat in Orrisa and Chanderi in Madhya Pradesh to appeal to the local voters. They wear signature style saris because it gets them positive support from the region, and increases their popularity.”