The owners were surprised because Peggie has actually taught herself to use the toilet. 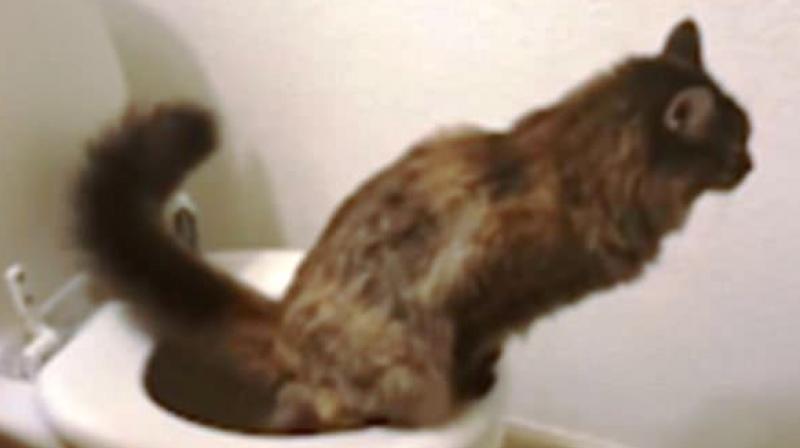 The owners feel she must've seen humans do it (Photo: YouTube)

Having a pet may be fun but it also comes with a lot of responsibilities as they do need to be trained. Cleanliness is one of the major challenges to deal with when one has a fluffy companion, and effective toilet training can be tricky.

While cats behaving like humans are portrayed in pop culture, one feline has been spotted using the toilet just like her owners. The cat named Peggie was seen jumping over the toilet seat and circling around before squatting.

The owners were surprised because Peggie has actually taught herself to use the toilet. They said she is super smart and must’ve learned after looking at people.