Life   More Features  22 Jul 2018  Tourist gets mauled moments after posing with lion for a picture inside the enclosure
Life, More Features

Olga lay inside the enclosure at the safari park in Ukraine thinking she was going to die as other lions also got up. 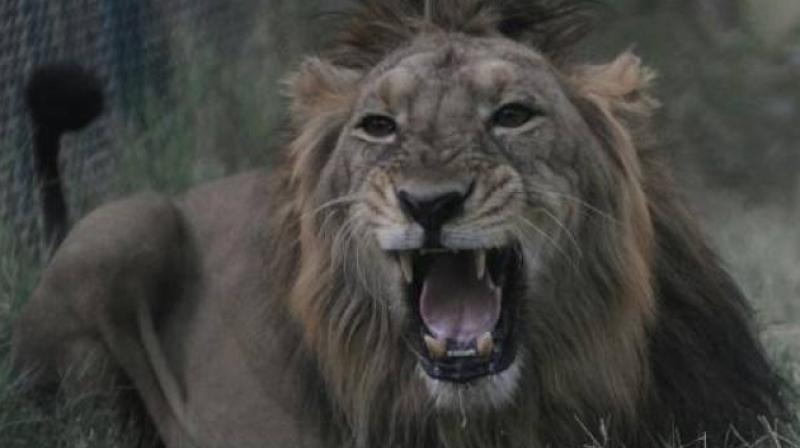 Zoo authorities blame her for the incident claiming she turned up drunk (Photo: AFP)

Having admiration for wildlife and being passionate about taking pictures with animals is one thing. But sometimes people can get too close and they also forget to be careful on such occasions.

Olga Solomina seemed comfortable in a lion’s enclosure when she knelt down, touched the creature and grinned for a picture. But a horrifying turn of events followed as the big cat grabbed her by the arm and dragged her around.

Olga lay inside the enclosure at the safari park in Ukraine thinking she was going to die as other lions also got up. But zoo director Oleg Zubkov chased the lions away and rescued her before driving her to the zoo office.

But now the two are involved in a blame game as Olga says despite being mauled her hand was only wrapped in a towel. She said she was asked not to call an ambulance by the director but had to when her condition worsened as she was later diagnosed with an infection.

On the other hand zoo authorities blame her for the incident claiming she turned up drunk. They are refusing to pay the compensation saying Olga signed a disclaimer before going in the enclosure.