The moment was caught on camera by a NASA photographer as they also shared a seven frame image to clear doubts. 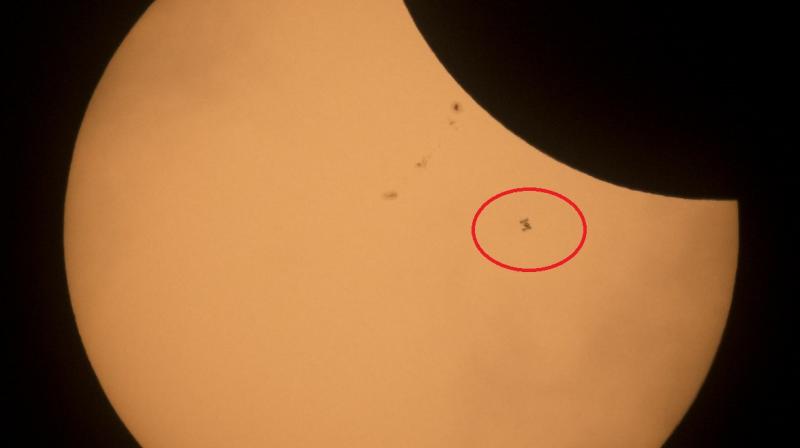 Photobombing is one of several practices that have taken shape among human beings after clicking picture and sharing them with everyone on social media became a lot simpler in the past few years. But it seems this phenomenon is transcending boundaries and has reached outer space.

While people gathered in the US to witness a total solar eclipse that took place for the first time in 99 years, the International Space Station decided to make an appearance right when NASA photographer captured the historic moment on camera.

It's the moon, sunspots AND the station in front of the sun. @NASA photographer captures station transiting sun during #Eclipse2017 pic.twitter.com/hAVRINz0bv

Although a number of people thought of the space station as a sunspot, NASA cleared doubts by sharing a seven frame image of the epic photobomb moment.

Image of #Eclipse2017, made from 7 frames, shows @Space_Station, as it transits the Sun near Banner, WY. Flickr: https://t.co/PQFAbVSR32 pic.twitter.com/k0Lwc3i1as