Retailers, cafés, restaurants, spas, supermarkets… everyone and their pet now ask for your phone number during billing. 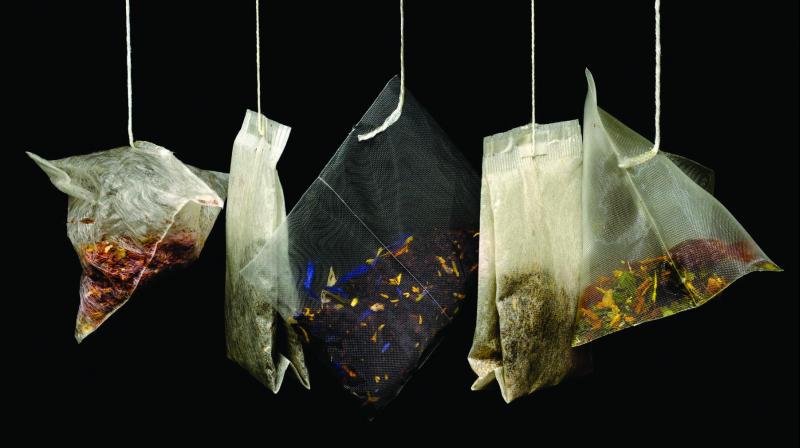 While gathering data forcefully is problematic, imagine if the data is shared with other companies or leaked.

When Delhi resident Kuwar Singh visited his now-favourite tea café chain for the first time, and they ‘requested’ him, upon taking his order, to fill a form that asked for a bunch of personal and contact details, he had no idea what he had (literally) signed up for.

The very next day there were incessant SMSes, annoying birthday offers, pitiably low discount for every random occasion... Thenceforth, Kuwar made it a point to refuse to give his contact details. “I learned this the hard way,” he says. “But, incidentally, I didn’t know that you can say no and order without giving your contact details. It is almost as if they keep you in the dark deliberately. It is the manner in which they ask you that is manipulative.”

There is no rule that one must give their contact details. But when you refuse to do so, the person at the billing counter will immediately say, “It’s a must sir. If you want to avail discount points...”

This line is repeated at almost all super markets and stores.

The M-card
Media production coordinator, Pranav Saji Krishnan, reveals “The moment I deny it (his phone number), they say it is ‘mandatory’ for billing or entry and make it seem like a big deal. At that moment, all I want is my entry or my food. So I give in, but make it clear that I will lodge a complaint if I get any promotional messages. They don’t seem to care.”

Whether M for mandatory or M for manipulation, this way businesses often exploit the situation, especially since they are legally in the clear to do so. India has no policy such as the European Union’s recently implemented General Data Protection Regulation (GDPR), which gives individuals control over their personal data.

Even people working as marketing professionals do not agree with these practices. Take, for instance, Noreen Shah, who says, “Being a marketing person myself, I understand the importance of database marketing but there are other ways (rather than manipulation) to get leads. Especially, if I am making a very small purchase from a new place, I don’t want to share my details or get messages from them in the future.”She does, however, point out that some of her friends like to give their numbers, especially “to stay updated on offers and discounts.”

Your data, everyone’s data
Now, while gathering data forcefully is problematic, imagine if the data is shared with other companies or leaked. Unfortunately, that may happen more often than we think.

For instance, South Delhi resident Lasya Nadimpally, says, “These days, I get calls from people and places I've never subscribed to before, and, to my anger and annoyance, realise that it's because of data leak. It's not just about giving it to, say, a particular café, it's become about how many more people/companies end up procuring my number and making it a part of their database.”

Indeed, consumers are not explicitly made aware of how the data will be used — whether for internal purposes or to disseminate among other businesses. Even Kuwar has faced something similar, “A certain fast-food chain, which I have consciously avoided since it came into the country, somehow keeps on sending me updates. Now isn’t that invasive marketing?” he says.

However, food consultant Jaideep Misra, who is in the know-how when it comes to restaurants’ use of consumer databases, makes an alternate point. He says, “The systems I have seen are created in such a manner that consumer data is kept private and things are only used for internal purposes. From an industry perspective, we discourage merchants to contact or promote to individuals who haven't engaged with the brand previously. This is a systematic problem which is not unique to the restaurant industry.”

But there is no denying that it becomes the restaurant or retailer’s prerogative on how to use the data.

And if they are selling data under the counter, or if a disgruntled employee is uploading an excel sheet online, then god save us if information gets into the wrong hands.

But…the discounts!
While discounts offered are definitely tempting, many consumers don’t see the worth in exchanging private details for them.

Especially because — as numerous users have pointed out in Karthik’s Twitter thread — the value of the offer does not justify the dissemination of personal data.

For instance, super markets like Ratnadeep, More, Star and the likes give points on every purchase but the final discount availed is very minimal.

Twitter user Arvind Sriram jokes, “You will also have points added to your number and if you have 245688 points you can get a discount of Rs. 4 next time. And to get that many points you have to shop every day for 246 years. (sic)”

Another consumer says, “I’d rather not give you my number than to get `20 off on a burger.”

Zeenat Tinwala, a resident of Pune, opines, “Maybe at times this is helpful if you want to become a member and are able to avail discounts, etc. but I don’t feel the need to give it to every place I visit.”

It is, though, a different story if a large discount is offered. Jaideep continues, “When large aggregators offer discounts worth 50 per cent or so, there is always a major bump in sales.”

So, while people are not infallible in refraining to share their details  — after all, they're only human and some offers are indeed quite lucrative — there’s little that justifies the resulting annoyances and trouble. Especially, when we live in a world where data security has become just as important as personal security.