The suicide rate among the youth in the capital is mounting, which spells great concern. We speak to students and psychologists on the matter. 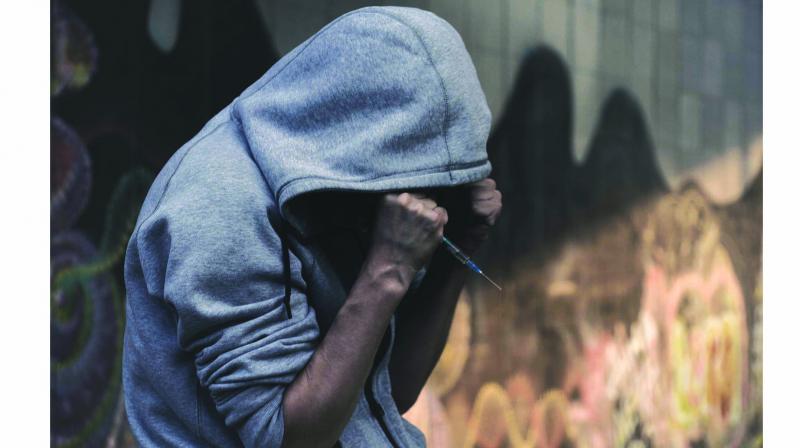 SC revealed that more than 443 students in the capital have committed suicide in the past 5 years. It was noted that the root cause of suicides among millennial was exam stress, failed relationships.

Almost everyone has expectations of acing their exams or, perhaps, getting into a long-lasting relationship. But what happens when the pressure of scoring good grades and getting into a thriving companionship gets to a person? They are most likely to come under stress, and in some cases, may even be pushed to commit suicide.

The Supreme Court has revealed that more than 443 students in the capital have committed suicide in the past five years.

In a published report, it was noted that the root cause of suicides among millennial was exam stress and failed relationships.

Though there has been an increase in mental health awareness in the last few years, suicide rates have remained constantly high.

Dr Malini Saba, psychologist, explains, “The pressure continues beyond their college education; the need to secure high salaries plays a key role in parents pushing their children to learn and earn well.” She then adds, “It’s common to see students stressed out and under immense pressure in a society which believes in keeping a check on students and pushing them to continue to work beyond their limits for higher achievements.”

It is often said that even in this close-knit world, teenagers and children feel lonely, which comes as a surprise because with the presence of social media, being lonely appears to be a myth.

Prachi Vashisht, a graduate, points out that the rising mental health concern feels scary and the rising rates of suicides makes one feel scared even when it comes to their loved ones.

When asked about how the issue can be resolved, she says, “The thing that can help in this matter is better communication. Plus understanding what a child feels without harsh judgements can really help them open up.”

On the other hand, Khyati Arora, a 21-year-old student, believes, “It is both a failure of our education system and also due to the pressure created by society. These days, the meaning of education has completely changed.”

She then adds, “Now the aim is not to gain knowledge, it is about knowing more than other people. It is because of this even the education system forces students to mug up the text and learn it just to write exams. This pressure creates complex feelings in the mind of a person and then leads to suicide.”

As per Jonathan, another student, the system doesn't test the intelligence or whether one can apply concepts practically. Now, because of such an education system, the way to judge a student's calibre is based on a metric. “We have countless examples of IIT students, who have literally explained their horrifying and atrocious experience with this system in their suicide notes,” he says. He further adds, “The need of the hour is that we should have a new, improved and practical based education system. We deserve a change.”