The comedian issued clarification through tweets and told people that he can't pass the message. 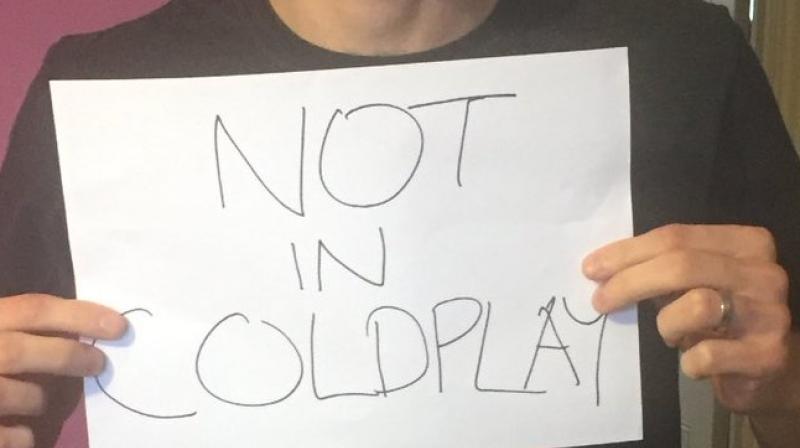 Some even went on to ask him about Kohinoor (Photo: Twitter)

The Global Citizen Festival which was highly awaited for Coldplay’s performance has been making news for the past few days for several reasons. While known personalities like PM Modi made headlines for their appearance, one man is gaining a lot of attention even without being there.

While Shakespeare wrote ‘What’s in a name?’, it can mean a lot when you share your name with Coldplay’s front man, as a man named Chris Martin got 500 Indian followers in just one day, as people took to Twitter to thank the singer after he sang the iconic Vande Matram alongside A R Rahman.

It turns out that the Coldplay front man doesn’t even have a Twitter account in his name and the one that found a following in India is a British comedian. He then issued a clarification on the micro blogging site, and said that while he was sure Chris was great in Mumbai, he can’t really pass on the message.

To the 500 Indian followers I gained in the last day I'm not in Coldplay. I'm sure Chris was great in Mumbai but I can't pass on the message

The comedian shared a picture holding a placard that read, ‘Not in Coldplay’, but still kept getting more and more followers as things took an interesting turn. While some though he looked similar to the vocalist, many asked him about returning the Kohinoor.

The comedian engaged with his new found following in India and also asked Indian fans to help with test match tickets.

.@ChrisMcomedy let's take advantage: can any of my new Indian followers hook me up with tickets to the next cricket test match please??