The feat was confirmed by a Guinness World Records. 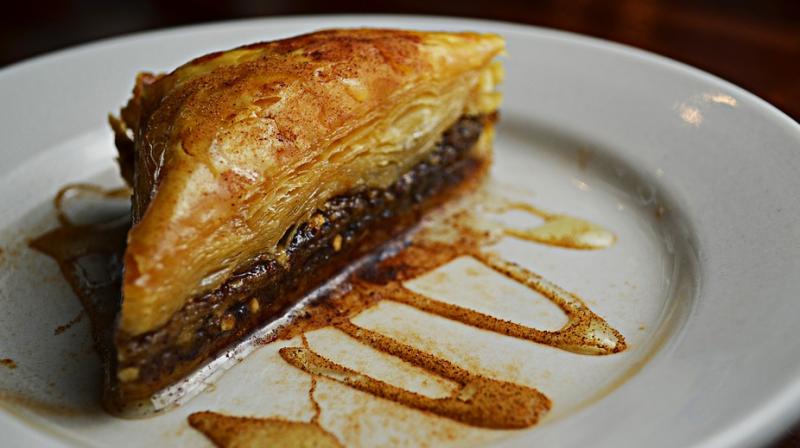 ANKARA: A group of chefs in Turkey claimed a world record for the largest baklava on Thursday with a giant tray of the pastry dessert weighing over half a tonne.

The giant baklava was presented at a “Gastronomy Summit” in Ankara, where dozens of visitors clamoured for a piece.

Mehmet Kanbur, who led the group of 14 chefs and is also the head of Turkey’s Mado patisserie chain, said the baklava weighed 518 kilos - more than doubling the previous record - and had been in the works for six months.

The feat was confirmed by a Guinness World Records official who monitored the event by video link, state-run Anadolu Agency reported.

Baklava, whose origin is disputed between Turkey and Greece, is prepared with fresh pistachios or walnuts and a glistening honey glaze on top of the puffed pastry.

“This record is a sweet message to the world. Let’s not talk fighting, let’s talk sweet.”